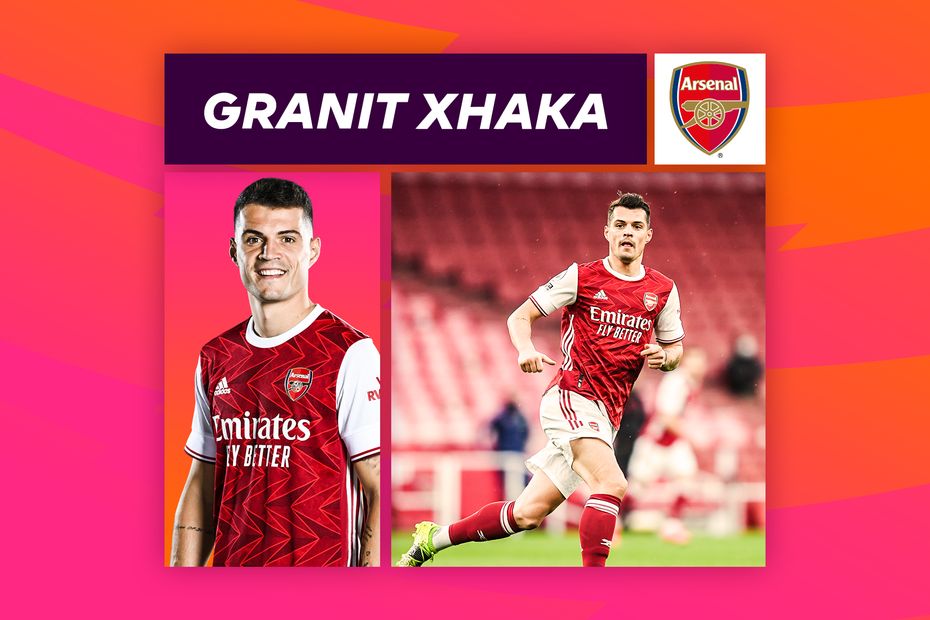 Granit Xhaka has shown that he can be a useful short-term solution for Arsenal at left-back.

With Kieran Tierney out injured, Xhaka impressed in that position against Sheffield United and Fulham.

He also starred there against Slavia Prague in the convincing UEFA Europa League quarter-final win but Friday's opponents Everton will provide his stiffest test so far.

Carlo Ancelotti's side are dangerous down the flanks and how Xhaka copes may determine the outcome of the match.

Although Xhaka is being deployed nominally at left-back in a 4-2-3-1 formation, in reality his positioning has also been part central defender/part central midfielder.

Tucked in when Arsenal have the ball, he has used his excellent range of passing against opponents, rather than trying to overlap down the wing.

Arsenal monopolised possession against Sheff Utd and Fulham, allowing the 28-year-old to get on to the ball in infield positions where he is most comfortable.

Xhaka did not have much defending to do in either match and has made more passes than any other team-mate in each of their last three contests in all competitions.

Gabriel Martinelli and Eddie Nketiah were partnered up top, with the latter netting a dramatic 97th-minute equaliser.

Arsenal posed a significantly greater goal threat in the final 20 minutes against Fulham.

They produced 12 shots from 70 minutes onwards, compared with just six in the previous 69, leaving no doubt as to the impact of their adventurous 3-1-4-2 formation.

Will Arteta adopt that approach from the start against Everton?

With Alexandre Lacazette and Pierre-Emerick Aubameyang both sidelined it could make sense to pool their resources in forward areas by starting with a front two.

Xhaka's dual-purpose job at full-back does help to facilitate the use of an extra attacker and Arsenal must be willing to adapt just as well as the Switzerland international has had to.