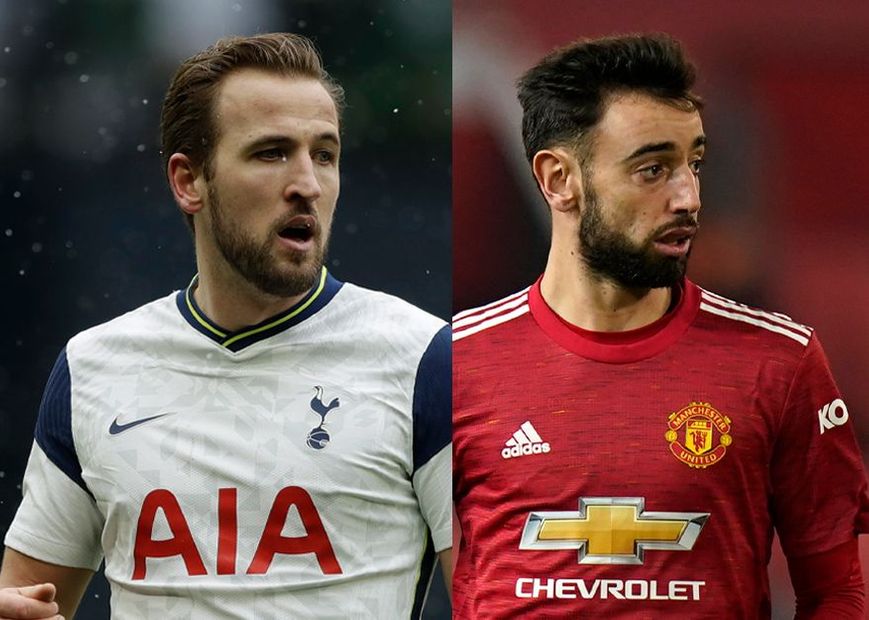 GW31 Captains: Jota can reward new backers
Off The Bench: Wildcard after Gameweek 2?
Who to target for the run-in? What the experts say

The two top-scoring players in Fantasy Premier League, Bruno Fernandes (£11.6m) and Harry Kane (£11.7m), are set to go head-to-head for the captaincy in Gameweek 31.

Tottenham Hotspur’s Kane is certainly the form pick of the pair ahead of their showdown on Sunday.

He welcomes Manchester United’s Fernandes after racking up five goals, two assists and 41 points in his last four matches.

Kane’s 19 shots over that run is a league-leading total. He leads Fernandes by 11 shots in the box to three over the same period.

Fernandes, meanwhile, has one goal, an assist and 21 points across his last four outings.

However, the Portuguese ranks first in terms of creating chances. His 14 key passes in that period are more than any other player in Fantasy.

And analysis of both side’s defences shows that Spurs have conceded five goals to the one of Man Utd in their last four matches, allowing nine big chances to the Red Devils’ five.

The Hammers’ Jesse Lingard (£6.3m) has produced double-figure hauls in four of his eight appearances since arriving on loan from Man Utd.

He has averaged 8.5 points per match, scoring six goals and supplying four assists.

Four of Vardy’s six double-figure returns have come away from home this season.

Part 2: GW31 Captains: Jota can reward new backers
Part 3: Who to captain in GW31? What the experts say