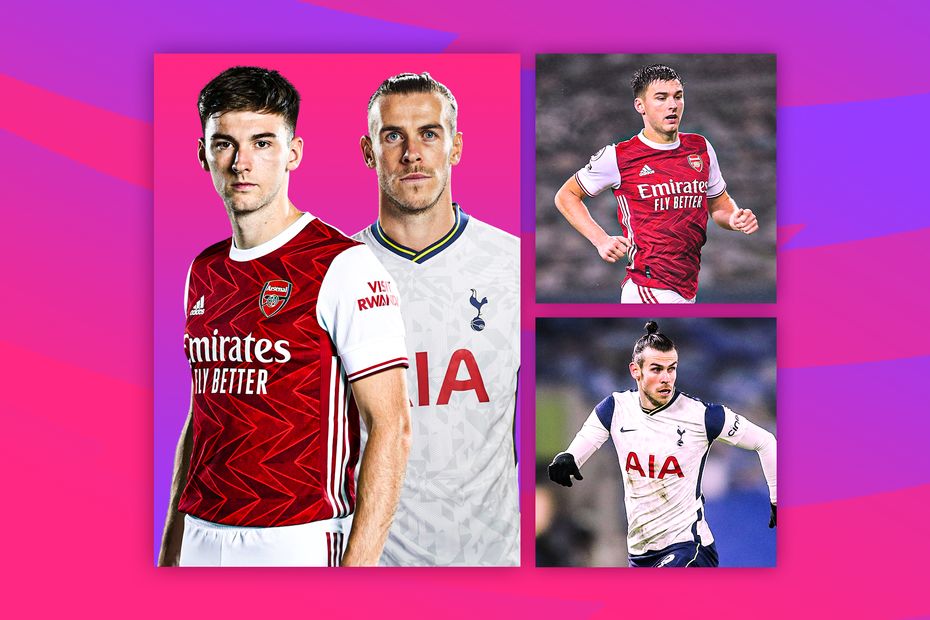 A fully fit and confident Gareth Bale has the potential to play a defining role for Tottenham Hotspur in Sunday’s north London Derby.

By joining in as a second striker alongside Harry Kane or offering a threat on fast breaks, the 31-year-old has a clearly defined role within Jose Mourinho’s side.

His battle with Arsenal left-back Kieran Tierney is sure to be one of the highlights of this eagerly anticipated contest.

Mixing up his movement

One of the biggest problems Tierney will face against Bale is his movement.

Tierney knows he will have a tough job containing the winger's pace, power and crossing ability in wide areas.

But Bale has also begun to pop up in central positions inside the penalty area, scoring from close range against Burnley and Crystal Palace.

And the winger has made some telling contributions from deep, assisting Kane with a tremendous long-range pass in the 4-0 win at home to Burnley.

It was Bale’s incisive forward pass that started the counter-attack that led to Tosin Adarabioyo scoring an own goal in the 1-0 victory at Fulham.

Another trait the Real Madrid loanee has is to drift infield before switching play to Sergio Reguilon or Son Heung-min.

Will Tierney follow Bale’s every move or pass him on to team-mates? If the left-back lets him go, his communication with those around him will be absolutely vital.

What Spurs lack in creative guile they more than make up for with attacking firepower.

Mourinho’s team selection has been bold in the past few weeks. Naming Kane, Son, Bale and Lucas Moura in the same starting XI, the Spurs head coach is effectively deploying four strikers at once.

The quartet boast shot-conversion rates above 20 per cent and wide forwards Son and Bale are statistically among the most lethal finishers in the competition.

Ilkay Gundogan is the only regular goalscorer with a more clinical record.

If Arsenal lose concentration or make individual mistakes, Spurs have the quality up top to punish them.

From a tactical perspective it will be fascinating to see if Arsenal manager Mikel Arteta adapts Tierney’s role in a bid to shackle Bale.

Tierney is an integral member of Arsenal’s "front five" when they build moves inside the opposition half. He pushes on into a left-wing berth with the wide forward ahead of him slipping infield.

Behind him, Granit Xhaka or the left-sided central defender will fill the hole that the left-back vacates.

This positive style suits Tierney, who has made the most chances in open play for Arsenal in 2020/21. The service he provides is of great importance to the side.

Playing at home and seeking a morale-boosting win, I would expect Arsenal to encourage Tierney to play his natural game.

But the Scot must carefully select the right times to go forward. From turnovers and transitions, Arsenal can ill-afford to leave the in-form Bale with space to hurt them.