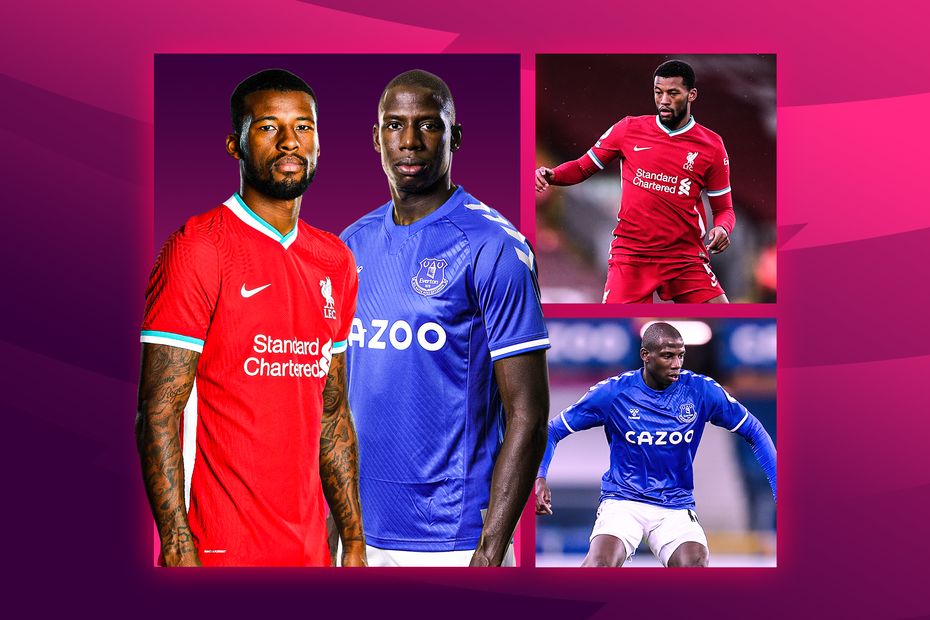 Calvert-Lewin and Allan back for Everton External Link

The box-to-box contribution of midfielder Abdoulaye Doucoure has been key to Everton's impressive away form in 2020/21.

The Frenchman was also outstanding in a 3-3 draw at Manchester United, scoring once and producing an assist for James Rodriguez.

During a strong debut season on Merseyside, the former Watford player has shouldered great responsibility, particularly when Everton have been on the road.

If Doucoure can exert his authority on Liverpool’s midfield, Everton could finally claim their first success at Anfield in 22 years.

Georginio Wijnaldum has proved a mainstay for Liverpool when Jordan Henderson or Fabinho have been absent this season.

The Dutchman has faced a heavy workload and made 35 appearances in all competitions so far. But because of this he has looked jaded.

If Jurgen Klopp retains the midfield trio who started against RB Leipzig in midweek, Wijnaldum will feature again alongside Thiago Alcantara and Curtis Jones in the derby.

Thiago and Jones have limited Premier League experience, so 30-year-old Wijnaldum has a vital role to perform.

Doucoure and Wijnaldum have each started 22 Premier League matches this term, so it is easy to compare them.

The Everton man is clearly a more dominant ball-winner.

Doucoure's physicality, which has been even more important during Allan’s injury lay-off, is sure to be something Carlo Ancelotti will try to utilise at Anfield.

His attacking end product is also superior. While Wijnaldum has netted twice, against Wolverhampton Wanderers and West Ham United, Doucoure can match that tally but also has three assists.

Wijnaldum, who has scored 114 career club goals at a rate of around one every five matches, will be disappointed with his own return.

Everton manager Ancelotti has changed between attacking and defensive strategies during the course of 2020/21.

Some of his team's best away displays have been adventurous in style, but that could be a risky move in the derby.

Liverpool have struggled to break down low blocks at Anfield so we are likely to witness a more circumspect approach.

Finding the right balance between attack and defence remains a work in progress for Ancelotti.

The Toffees have not produced more shots than the opposition in a Premier League match since a 1-1 draw at Burnley on 5 December.

In each of their last 12 outings Everton have had fewer shots than their opponents.

This record may provide Liverpool with extra encouragement as they seek to avoid a fourth straight defeat and extend their 23-match unbeaten run over their local rivals.