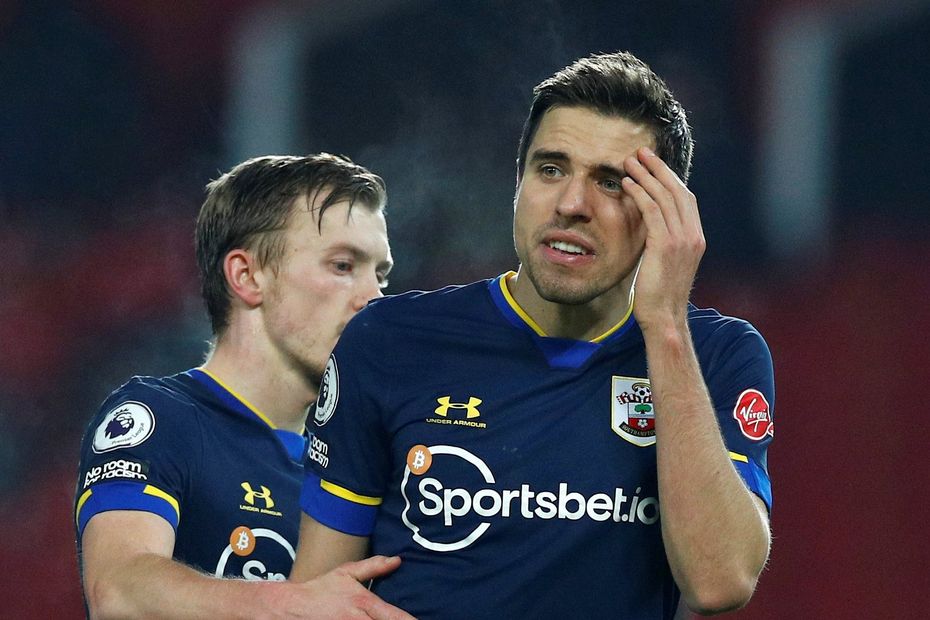 FPL turned to FPHell for many managers on Tuesday as Jan Bednarek (£4.9m), who has an ownership of nearly one million, joined the list of players who have endured a nightmare Gameweek.

As well as being part of a Southampton defence who conceded nine times, the Pole scored an own goal and was sent off while conceding a penalty.

This succession of unfortunate events resulted in a score of minus seven points in Fantasy.

Spare a thought for Jan Bednarek owners, he finished #MUNSOU on -7!

And to the one manager who Triple Captained him, we, erm, have some bad news for you... 😬#FPL pic.twitter.com/WqHBFqXe2G

We did some digging and were unable to find a lower score in the history of the game. But Bednarek certainly has company when it comes to ill-fated FPL performances.

Indeed, just last season his team-mate Ryan Bertrand (£5.0m) got minus six points when he was sent off during Southampton’s 9-0 home defeat to Leicester City.

Stoke City’s Jonathan Walters also had an afternoon to forget in January 2013 when he scored two own goals and missed a penalty in a 4-0 defeat to Chelsea, recording a score of minus four.

Nearly half of Bednarek’s owners will be relieved that they decided to bench him for Gameweek 22, with 475,600 of his 965,347 owners omitting him from their starting line-up.

However, as squad rotation continues during this busy period, those FPL managers face an anxious wait to see if Saints’ centre-back will end up coming into their team as a replacement.

Whatever happens, there is no escape for the 578 who chose to captain Bednarek. And one manager even decided to use their Triple Captain chip on the Pole, racking up a score of minus 21 points!

Also spare a thought for the 31 managers who, as well as having Bednarek in their defence, selected Arsenal’s David Luiz (£5.4m) and Bernd Leno (£5.0m), both of whom were also sent off in a 2-1 defeat by Wolverhampton Wanderers.

That earned those managers minus 11 points in total.