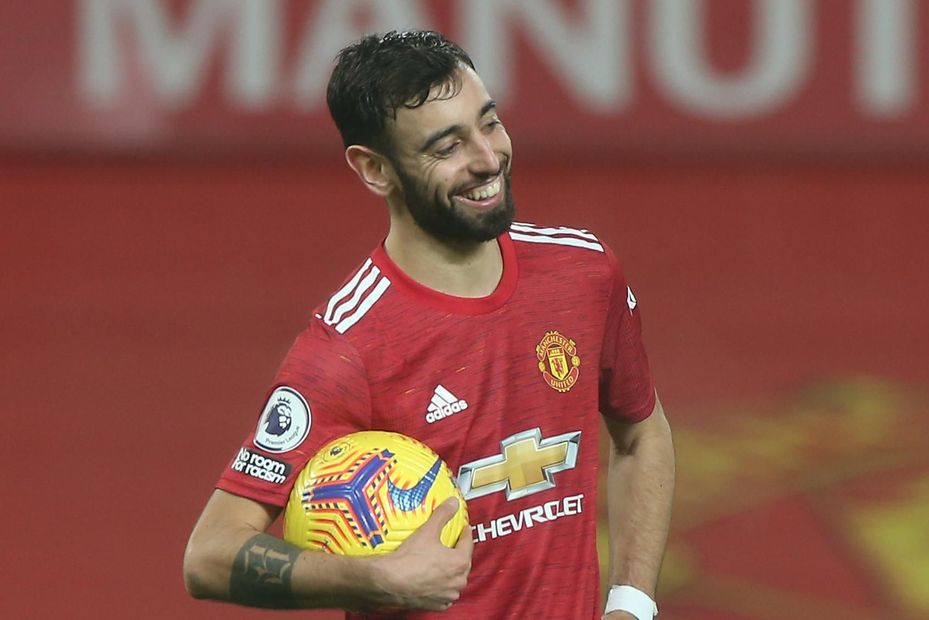 Manchester United's playmaker was also awarded the maximum three bonus points in the 9-0 home win to earn 17 points, his ninth double-figure haul of the season.

Fernandes now has 162 points for the campaign, overtaking Mohamed Salah (£12.7m) as the top-scoring player in Fantasy.

The right-back's recent displays at both ends of the pitch have taken him to only seven points off the top of the defender rankings.

He has produced one goal, two assists, five clean sheets and six bonus points in his last eight matches.

The Frenchman emerged from the bench in the second half to score twice and provide an assist, bringing in 13 points.

The frontman was the second most transferred in player for Gameweek 22, bought by 536,000+ managers.

Palace midfielder Eberechi Eze (£5.8m) took his tally to 18 points in the last two Gameweeks with an assist for the winner scored by Gary Cahill (£4.5m) at St James' Park.

Owned by only 1.0 per cent, Eze has the upcoming schedule to offer big value in Fantasy.

According to the Fixture Difficulty Ratings (FDR), four of Palace’s next six matches score only two.

Neves' converted penalty in Wolverhampton Wanderers' 2-1 victory over Arsenal means all three of his goals this season have come in his last five appearances.

Pepe, meanwhile, has profited from the recent absence of Pierre-Emerick Aubameyang (£11.3m) from Arsenal's first XI.

The winger's opener at Molineux was his second goal in the last three Gameweeks.

Finally, West Bromwich Albion's new signing Mbaye Diagne (£6.0m) has been quick to make an impact on their attack.

The forward's assist for Matt Phillips’ (£5.1m) goal against Sheffield United means he has produced an assist in each of his first two appearances for West Brom.