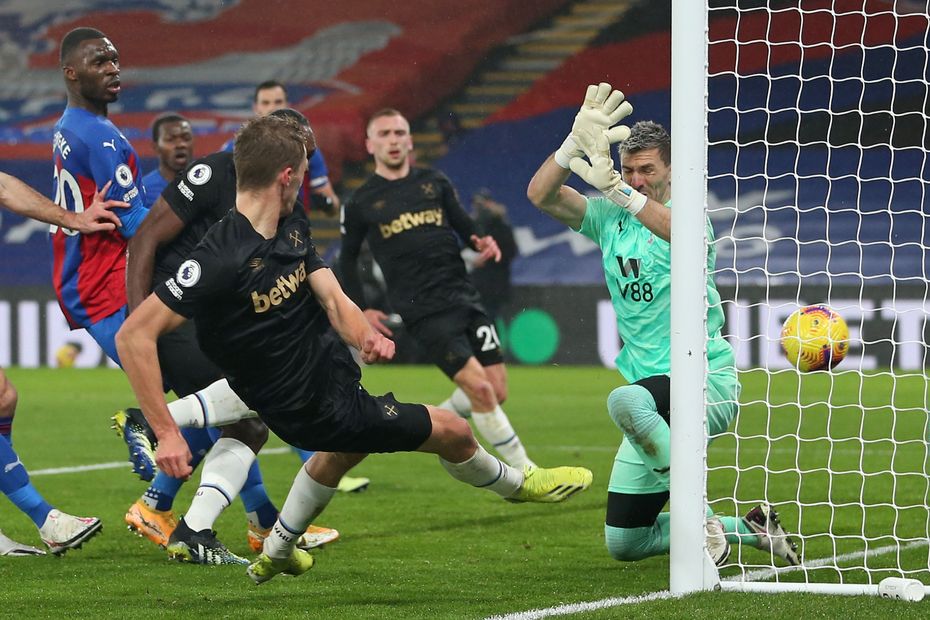 After his two goals at Crystal Palace, Tomas Soucek (£5.3m) is now the top player for value in 2020/21 Fantasy Premier League.

The West Ham United midfielder claimed his season-high haul of 15 points in the 3-2 win at Selhurst Park.

Soucek has also climbed into seventh place among midfielders in Fantasy on 96 points.

Meanwhile, his team-mate Aaron Cresswell (£5.5m) is now the top-scoring defender in the game after supplying the pass for Soucek’s second goal on Tuesday.

The left-back has seven assists this season, equalling his best ever tally in an FPL campaign.

The full-back combined a goal and an assist with a clean sheet while earning an additional two bonus points, totalling 17 points at The Hawthorns.

Pep Guardiola’s side have now claimed seven shutouts in their last nine matches, conceding only twice in that run.

He has scored all seven of his Premier League goals this season in his last eight appearances, totalling 68 points in that period.

Arsenal pair Bukayo Saka (£5.4m) and Alexandre Lacazette (£8.3m) continued their strong form with a goal and assist each in a 3-1 win at Southampton.

The duo have been a huge success in Fantasy over the last six matches.

Saka has four goals, three assists and 52 points in that run, while Lacazette's five goals and one assist have earned him 42 points.

Finally, Leeds United winger Raphinha (£5.4m) was another cut-price midfielder to bring in double-figures on Tuesday.

The Brazilian earned his season-high haul of 13 points in a 2-1 win at Newcastle United, scoring the opener before supplying an assist for Jack Harrison (£5.4m).

Since making his first start of the campaign in Gameweek 9, Raphinha has proved a major all-round threat.

He ranks among the top six midfielders in FPL from that point onwards, with totals of 29 shots, 20 shots in the box and 23 chances created.