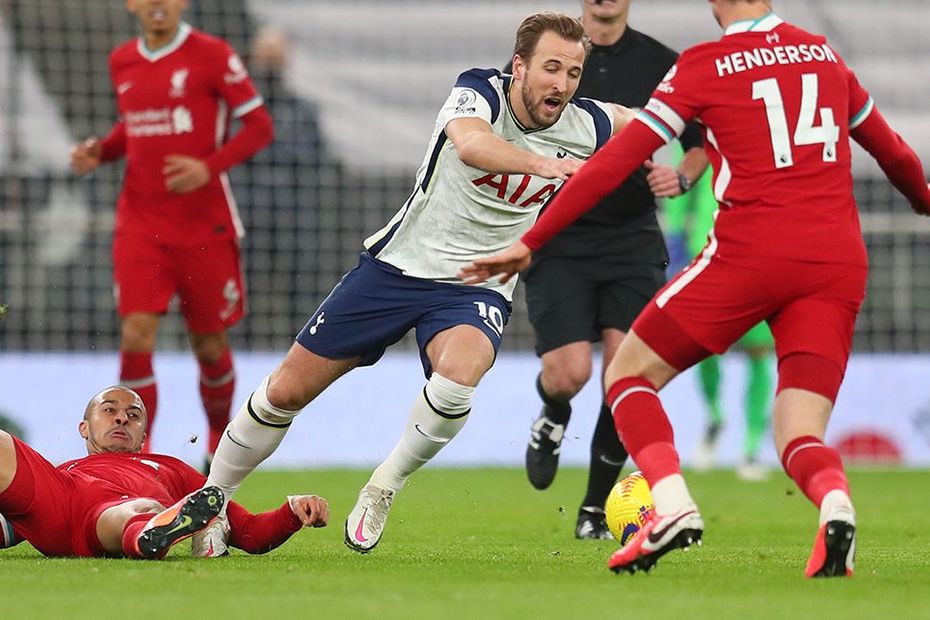 The 794,000 who gave Salah the armband thought they had backed a winner when he scored in the second half at Tottenham Hotspur Stadium, only for his effort to be overturned by VAR for a handball in the build-up.

It was even worse for the 805,000 who captained Kane as the game's highest-scoring forward suffered an injury to both ankles that enforced his half-time substitution and a lay-off that is likely to last weeks.

A record 2.7million FPL managers had handed Bruno Fernandes (£11.4m) the captain's armband in Gameweek 20 but they too were left disappointed as he blanked for the third time in four matches.

The Portuguese registered only two points as Manchester United suffered a surprise 2-1 defeat to Sheffield United.

Fernandes was the most-popular captain in an FPL Gameweek since such figures started to be recorded in 2017/18.

He eclipsed the previous mark of 2.4m set by Salah in Gameweek 15 this season.

Fernandes was also the overwhelming captain favourite among the leading 100 FPL managers, backed by 90 members of this elite group.

Three players are tied for third with one pick each. Among that trio, Ruben Dias (£5.9m) produced a ninth clean sheet in 11 matches for a six-point return.

In terms of overall popularity, Fernandes was in nearly 4.5m teams for the midweek round of fixtures, just behind Son Heung-min (£9.7m) of Spurs, who also had a goal overturned by VAR to return a meagre two points.

The third most-selected player, Patrick Bamford (£6.7m), blanked for the third successive match on Tuesday and is enduring his most barren run of the season.

While Leeds United won 2-1 at Newcastle United, Bamford was withdrawn just before the hour-mark after uncharacteristically managing just one shot.

John Stones (£5.1m) was the top transfer target ahead of the Gameweek deadline, after his 27-point haul in Double Gameweek 19.

The Man City centre-back picked up another six points and has now blanked in just one of his last 10 appearances.

His team-mate Ilkay Gundogan (£5.7m) was a popular replacement for the injured Kevin De Bruyne (£11.9m).

And the German rewarded his 535,000+ new owners with a 14-point haul, the second-biggest return of his Premier League career.

More than 553,000 were left frustrated as James Maddison's (£7.2m) goalscoring run came to an end, having netted in his previous four matches in all competitions. He picked up just two points as Leicester City drew 1-1 at Everton.

De Bruyne was shipped out by over 1.3m managers following the news that he could be missing for up to six weeks with a hamstring strain.

And more than 915,000 ditched Jamie Vardy (£10.0m) after the Leicester forward underwent a hernia operation.

Dominic Calvert-Lewin (£7.6m) found himself in the top three most-sold players for the third successive Gameweek, and he blanked against the Foxes.

Once the most-owned player in FPL, the Everton striker now sits in just 27.8 per cent of squads.