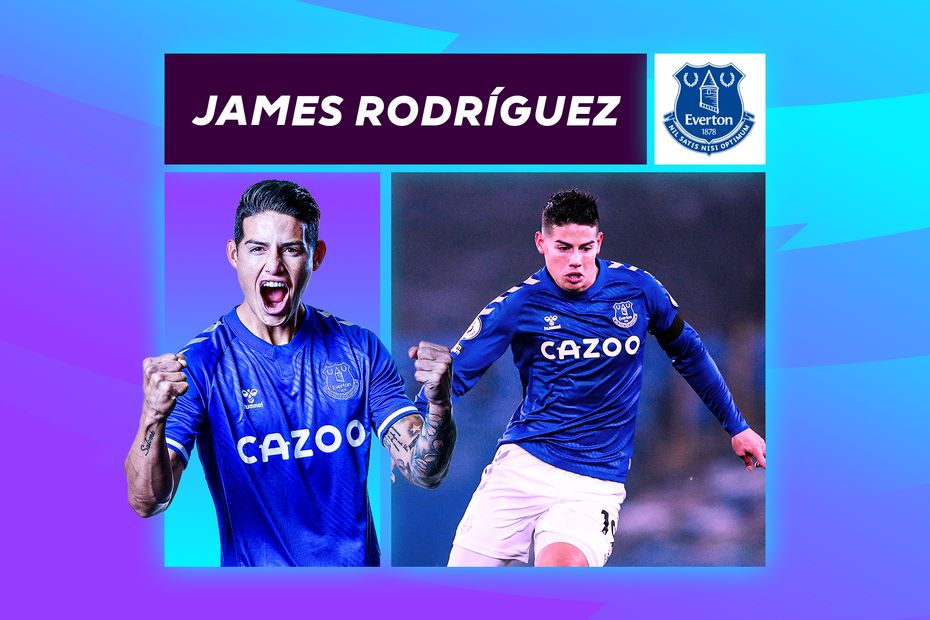 Carlo Ancelotti will be hoping the return of James Rodriguez reignites Everton's attack when they visit Wolverhampton Wanderers on Tuesday.

Without Rodriguez, as well as full-backs Lucas Digne and Seamus Coleman, manager Ancelotti was forced to adapt his side's style of play during December.

Everton used four central defenders, switching from a fluid 4-3-3 formation to a 4-2-3-1. As a result, they made far fewer short passes between the lines.

They picked up some excellent results playing this way but inside the final third they were nowhere near as fluent or dangerous as they had been earlier this term.

When playing in straight lines there was far less positional rotation and unpredictable movement and this impacted on their ability to create clear-cut openings.

According to Opta, in the six matches Rodriguez has missed, Everton carved out a total of only two big chances, a figure they average each match when he plays.

The Colombian again proved his creative ability in Everton's 2-1 FA Cup victory against Rotherham on Saturday, setting up an extra-time winner for Abdoulaye Doucoure.

Dominic Calvert-Lewin, who has gone five Premier League matches without a goal, will be certainly delighted if Rodriguez is fit to feature.

With Calvert-Lewin suffering his first dry spell of the season, Everton would benefit greatly from Richarlison stepping up his end product at Wolves.

The Brazilian was superb earlier this campaign, but his form has dipped.

Richarlison produced a great low cross for Calvert-Lewin to convert in a 1-1 draw at Burnley, and he scored a terrific 20-yard strike in a 2-0 win at Leicester City.

In between those contributions, the 23-year-old has spent too much time on the periphery, scoring just twice, including one penalty, with three assists.

Richarlison with & without Rodriguez

Everton's less fluent approach without Rodriguez and the two full-backs did not suit Richarlison.

When you compare his recent output to matches where Rodriguez featured, you can see how much the Brazilian missed him.

To get the most from his pace and skill in 1v1s, he prefers Everton to move the ball at speed, helping create extra space for him.

Wolves have failed to keep a clean sheet in 10 Premier League matches and this could be an opportune moment for Everton's attacking trio to recapture some of their sparkle.

If Rodriguez is back in action, Everton will be a far more dangerous prospect.

Part 1: Can Palace settle on a defence to frustrate Arsenal?
Part 3: In-form Pope stands in the way of Man Utd
Part 4: Brighton must watch for Gundogan's arrival in the box