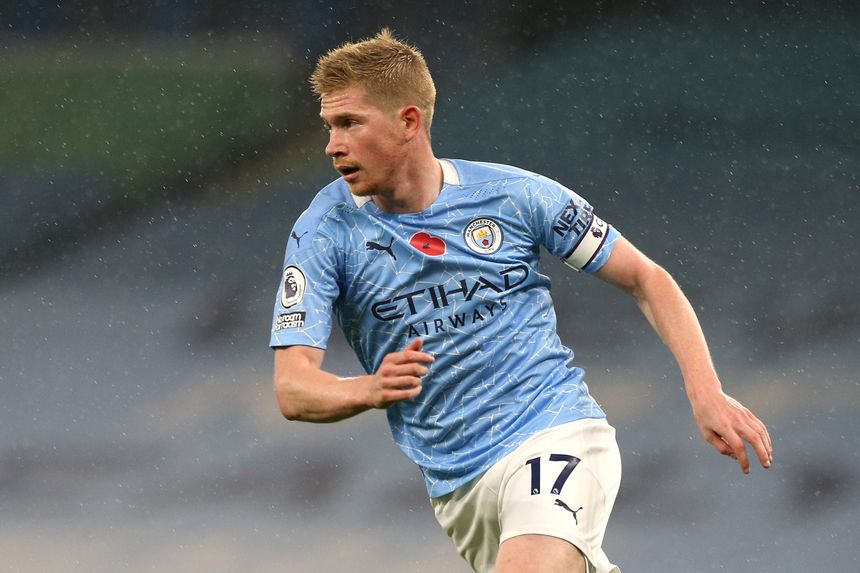 Managers in Fantasy Premier League have a big decision to make as Manchester City head into a promising run of fixtures in unconvincing form.

This raises the appeal of their key attackers as captaincy options.

However, Pep Guardiola's side have scored only five goals in the last six Gameweeks.

The last time they scored more than once in a match was in Gameweek 3, when they lost 5-2 at home to Leicester City.

That lack of output has been reflected in the FPL transfer market ahead of Friday’s 18:30 GMT deadline.

Don't be put off De Bruyne?

The Belgian has managed only two assists in his last six outings.

He has produced 14 shots over the last four Gameweeks, joint-top among midfielders in FPL.

Left-back Joao Cancelo (£5.5m) looks to be the standout pick in defence.

His 12 chances created over the last four Gameweeks is a team-leading total and also ranks top among FPL defenders.

Meanwhile, big-hitters Raheem Sterling (£11.5m) and Sergio Aguero (£10.3m) are both owned by under 4.6 per cent of managers and have the potential to be huge armband differentials.

Beware, though, as neither player has impressed in their recent matches. Sterling has four straight blanks and was benched for the first time this season against Spurs.

Aguero was an unused substitute at the weekend, having recovered from injury. He has failed to score in both his appearances this season.

If Man City can return to their best in the lead-up to Christmas , their fixture swing could prove a pivotal point in 2020/21 FPL.

But their lack of form means managers must decide whether to risk turning to Guardiola’s misfiring stars or keep faith in the form picks such as Son Heung-min (£9.5m), Bruno Fernandes (£10.8m) and Harry Kane (£11.0m).