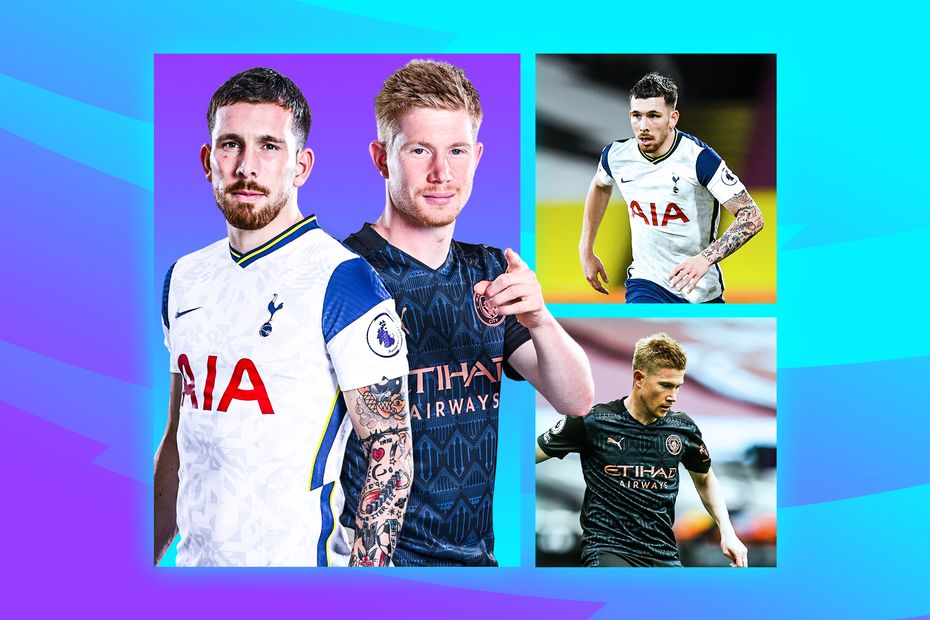 Pierre-Emile Hojbjerg has made a strong case to be considered as one of the signings of the summer and his duel with Kevin De Bruyne will go a long way to deciding the victor of Tottenham Hotspur v Manchester City.

The Dane has been outstanding in a defensive-midfield role that had been a weakness for Spurs last season.

A dominant presence in and out of possession, Hojbjerg's match-up with De Bruyne will pit two of the competition’s top performers against one another.

One of the most impressive aspects of Hojbjerg’s start to life in a Spurs shirt is his leadership.

He has dictated the team's play from midfield and become a centrepiece of Jose Mourinho’s side.

No Premier League player has made more successful passes than Hojbjerg, who has also produced more forward passes than any other midfielder.

This proactive style of distribution, a positive trait he developed under Ralph Hasenhuttl at Southampton, has helped Spurs test opponents in a more direct way.

As a team they have created a league-high 21 big chances this term and much of that is down to his ability to win the ball back and follow it with an early forward pass.

The 25-year-old has struck up a good rapport with Spurs’ left-sided players in particular, feeding either Sergio Reguilon or Ben Davies at full-back and Son Heung-min further upfield.

De Bruyne will start Saturday's contest either in a No 10 role or on the right of a midfield three.

Either way Hojbjerg, who plays on the left of a midfield two, will usually be in closest proximity to the Belgian.

Despite not hitting top gear yet this term, De Bruyne has attempted the most shots and crosses from open play for Man City, and delivered the most key passes.

De Bruyne's 20 chances created are nine more than closest team-mate, Joao Cancelo, so he is very much the man Spurs need to stop.

Based on what we have seen from him in recent weeks Hojbjerg will try to be aggressive in the tackle.

He has attempted double the amount of tackles of any Spurs team-mate, and made the most fouls, too.

Hojbjerg is by some distance Mourinho’s best ball-winner.

This is a valuable quality within a team who like to create chances from fast counters and transitions.

A number of Spurs' goals and big chances have stemmed from moments where he regained possession.

If the summer signing can maintain his level of form against Man City he will provide the right kind of platform for Son, Gareth Bale and Harry Kane to hurt Pep Guardiola’s men on the break.

Hojbjerg played under Guardiola at Bayern Munich so the City manager, who this week signed a new deal, will know his qualities all too well.

The combative Dane's duel with De Bruyne promises to be a match-defining contest.