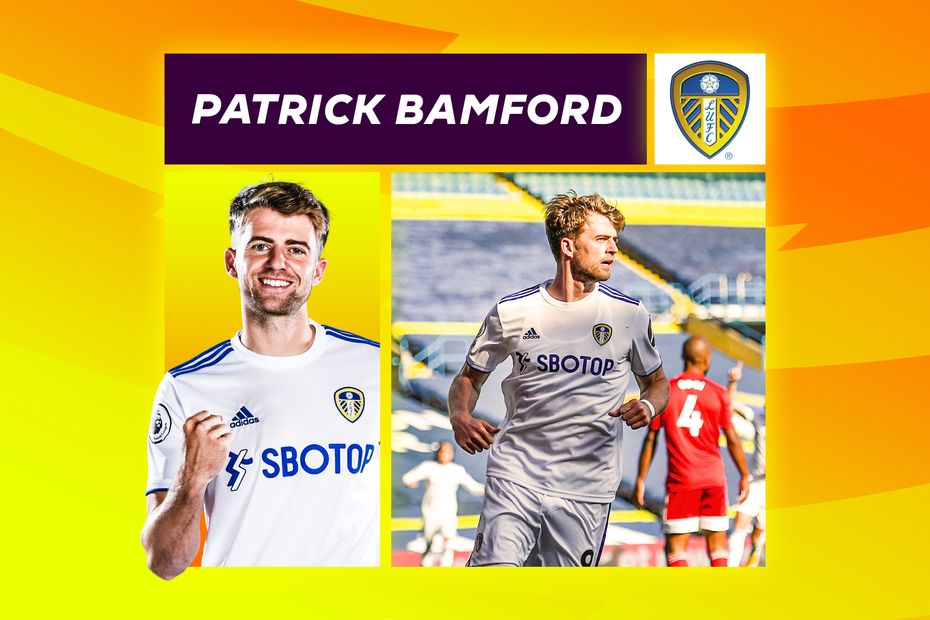 Patrick Bamford has scored in five of Leeds United’s first eight matches and is the player Arsenal should be most wary of on Sunday.

The 27-year-old’s clinical finishing and intelligent movement have surprised those who doubted his Premier League credentials.

Bamford is full of confidence and leading the line superbly for one of the competition's most adventurous teams.

An Arsenal team looking to bounce back from a 3-0 loss to Aston Villa must shackle him properly or he will take advantage.

Marcelo Bielsa’s bold tactical approach has helped Leeds have 83 shots this season, a tally only Liverpool can eclipse with 91.

They constantly play on the front foot and are keen to commit attackers in the final third.

Indeed, despite only just returning to the competition after a 16-year hiatus, Leeds have been fearless in the way that they bombard their opponents.

Bamford is well-versed in their style of play and has a built a strong understanding with the players around him.

He makes smart runs between defenders and gets on the end of a lot of chances.

Most shots this season

A look at the statistics prove seven-goal Bamford is right up there with the Premier League’s elite forwards.

No one can better his 26 shots in the box and only Harry Kane and Mohamed Salah have had more attempts on target overall.

It is little wonder Bamford has scored at a rate of one every 96 minutes.

Bamford has to combine scoring goals with plenty of tireless running, a demand Bielsa expects from all of his players.

His first goal of the campaign at Anfield came after forcing a rare mistake from Virgil van Dijk, so Arsenal’s defenders must be alert to this type of pressure.

The striker has also shown his variety when it comes to how he scores.

His three goals against Aston Villa were all struck with his weaker left foot, while he scored a header at Sheffield United and produced clever finishes in meetings with Fulham and Crystal Palace.

Can Arsenal cut off the source?

Ten different Leeds players have created chances for Bamford, but Mateusz Klich is the chief supplier.

The Polish midfielder has laid on seven key passes for him, including a trio of assists.

Left-winger Jack Harrison also has an excellent connection with Bamford.

Six of the on-loan Manchester City midfielder's 11 passes to him have resulted in an effort on goal.

Helder Costa has only picked Bamford out with four passes, but remarkably three of those have created a scoring opportunity.

When balls are fed into him, he regularly gets his shots away.

Leeds have conceded eight goals across their last two matches, so Arsenal will no doubt fancy their chances on the counter-attack.

However, the hosts are good enough to make Sunday an uncomfortable afternoon for Mikel Arteta's side.

Bamford is in outstanding form and can help Leeds earn a first win over Arsenal in any competition since May 2003.