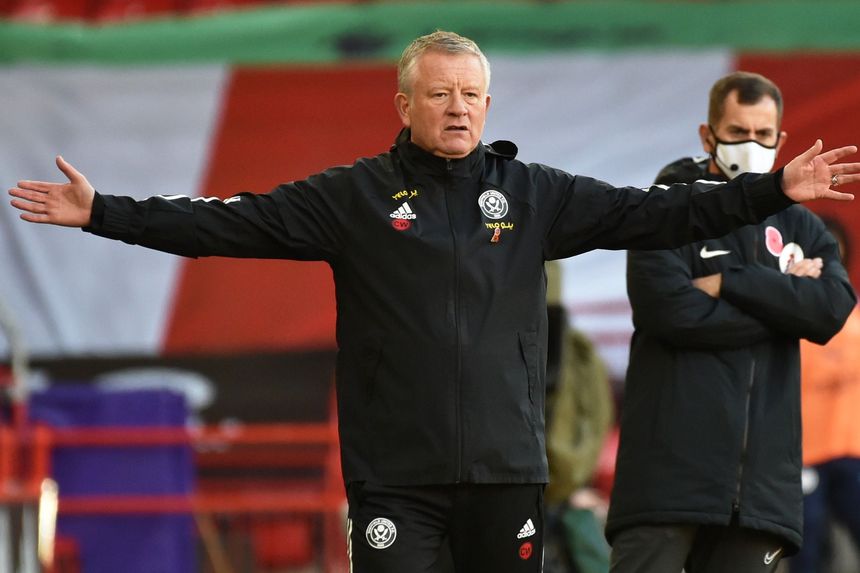 There are several problems Chris Wilder must address if Sheffield United are to end their wait for a first win of the season.

The Blades host West Ham United on Sunday and are bottom of the table with a solitary point from their opening eight matches.

One of the team's great strengths last season, when they finished ninth, was their quality in wide areas.

As a team, Sheff Utd consistently spread play to their wing-backs, who in turn created regular overloads with the help of onrushing central defenders or midfielders.

In fact, Wilder's men produced the third-highest number of crosses in the competition in 2019/20.

This tactic has been far less effective so far this campaign.

Enda Stevens has dropped into a left-sided centre-back role to replace the injured Jack O'Connell, upsetting the balance of the team.

Sheff Utd have been less secure, with Stevens being less comfortable when defending inside his own box.

Between them, Stevens, Lowe and alternative left-sided centre-back Jack Robinson are yet to deliver a successful cross from open play.

Wilder may now consider moving Stevens back to his previous position as a wing-back against West Ham.

Missing a number of regulars from last season, Sheff Utd have also lost some of their fluency in possession.

Their confidence has dipped, as has their average share of the ball, which has dropped from 42 per cent to only 38 per cent.

Deep-lying playmaker Oliver Norwood was key during the club's promotion from the Championship and then last season too.

Norwood would regularly ping diagonal passes to the wings but he has only featured for 279 of a possible 720 minutes this season.

With the ball being moved more slowly to the wide areas in his absence, the wing-backs have been less effective.

Wilder will surely have used the international break to work on his team's 3-5-2 shape.

The introduction of several new faces has coincided with a drop in defensive solidity. Sheff Utd are recovering possession far less frequently and making fewer interceptions than before.

As a result, they are facing a lot more shots, with only Newcastle United facing more.

Sheff Utd must regain the spirit, teamwork and organisation that served them so well on their return to the Premier League.

Without that solid framework, added pressure is placed on Wilder's forward players.

Sheff Utd did not create stacks of opportunities last season but they were clinical when chances arose.

They have not been so accurate this term, with their shot conversion rate nearly halving from 15.1 per cent to 8.5 per cent.

Two of their four goals scored have been penalties, while David McGoldrick's effort at Chelsea last time out followed a clever corner routine.

They have therefore effectively scored only once from open play.

West Ham have proved to be a tough nut to crack this season so it will not be easy for Sheff Utd to increase their attacking threat this weekend.

However, if they can make the required improvements they should start to move up the table.