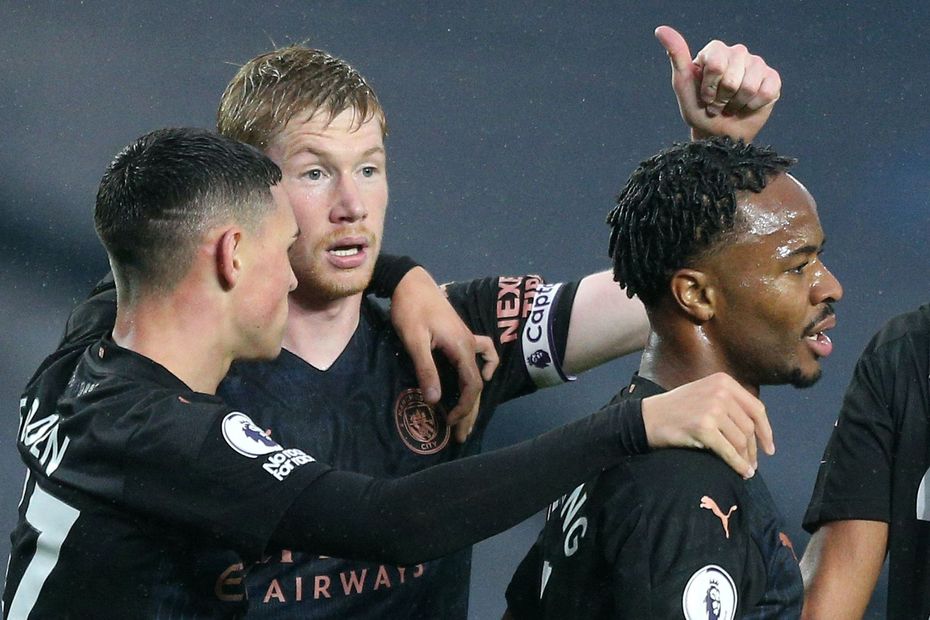 The Scout shows how using the Fixture Difficulty Ratings (FDR) can help managers plot their transfers in Fantasy Premier League.

Pep Guardiola’s side have endured a slow start to the season, scoring only 10 goals and keeping just two clean sheets in their seven matches.

That helps explain why their most popular asset, Kevin De Bruyne (£11.5m), is found in only 15.8 per cent of squads.

However, Man City are about to embark on a very promising schedule that will lift the appeal of their key players at both ends of the pitch.

After their Gameweek 9 visit to Tottenham Hotspur, Guardiola’s men are at home to Burnley, Fulham, West Bromwich Albion and Newcastle United over their subsequent six matches.

That run looks set to raise interest in their big-hitters, with both De Bruyne and Raheem Sterling (£11.5m) likely to have an increasing influence on the FPL captaincy in the coming Gameweeks.

Last season’s top-scoring player in FPL has yet to hit top form.

The Belgian has only 27 points over his six appearances, scoring once and supplying three assists.

He has had 19 shots and created 20 chances, both team-leading totals.

Crucially, De Bruyne had a major impact at the Etihad Stadium last term.

When selected, he was involved in 45 per cent of their home goals, more than any team-mate.

Back-to-back goals against Leeds United and Arsenal in Gameweeks 4 and 5 suggested the winger could be Man City’s early go-to option.

But Sterling has since blanked in three straight matches and sits in a mere 5.8 per cent of squads ahead of the trip to Spurs.

Nonetheless, Sterling’s 11 shots in the box are more than any team-mate, while his six shots on target are joint-top.

His potential for huge hauls makes him a very appealing differential pick for the armband.

The Portuguese appears to have secured a regular role at left-back.

Cancelo has started each of the last four Gameweeks and is averaging 6.0 points per match.

Since making his first appearance of the season in Gameweek 5, he has combined one assist with two clean sheets and six bonus points.

Cancelo has created 11 chances, more than any other defender in FPL and second only to De Bruyne for Man City.