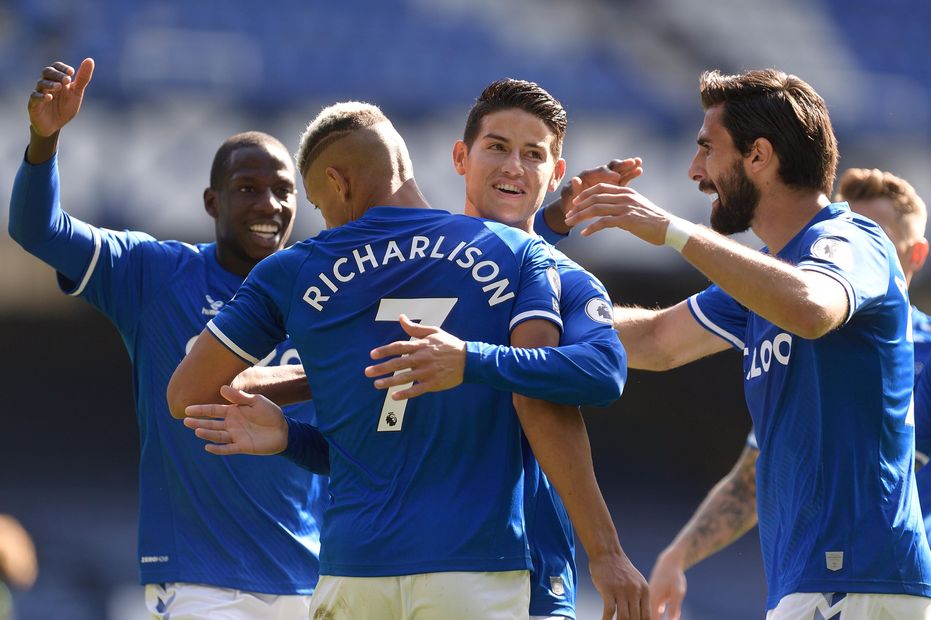 International Blues: When and where are they in action? External Link
Time to ditch Kane and Son? The FPL experts' verdict
PL2 review: Simms and Onyango inspire Everton win

The Scout shows how using the Fixture Difficulty Ratings (FDR) can help managers plot their transfers in Fantasy Premier League.

After a strong start to the season, Carlo Ancelotti’s side have endured a poor run of form.

Everton have lost to Southampton, Newcastle United and Manchester United in the last three Gameweeks, scoring just two goals in the process.

That downturn in form has coincided with fitness concerns over playmaker James Rodriguez (£7.9m), as well as a three-match suspension for Richarlison (£7.8m).

But with the Brazilian available ahead of Gameweek 9, the Toffees will be back to full strength and can take advantage of a kind run of opponents.

All three of Everton’s upcoming matches score only two in the FDR, with encounters against promoted pair Fulham and Leeds United preceding a visit to Burnley.

The Colombian produced all three of his goals and each of his three assists for the season in the opening five Gameweeks.

But his 28.5 per cent ownership will be optimistic of a return to form, with Fulham and Leeds among the four worst defences in terms of goals conceded.

The underlying statistics highlight Rodriguez’s importance to the Toffees.

His 17 chances created are more than double any team-mate aside from the 10 of Lucas Digne (£6.1m).

The playmaker could prove an explosive midfield option over the short-term, having already produced big hauls of 12 and 18 points earlier this season.

The second-most owned player in Fantasy, he can be found in 57.1 per cent of squads.

Calvert-Lewin’s consistency has been key to his popularity, with attacking returns in seven of his eight appearances. That has helped him score eight goals, joint-top among all players in 2020/21 FPL.

Again, the statistics show why he has been a big success.

Calvert-Lewin’s 26 shots and 22 shots in the penalty area both rank among the top five players in Fantasy.

His return to the left of Ancelotti’s front three will be vital over the coming matches.

Richarlison had scored once and supplied three assists in his first four outings prior to his sending off against Liverpool in Gameweek 5.

Crucially, he also seems to be on penalties for the Toffees, as evidenced by his converted spot-kick at Crystal Palace.

Now down to a mere 3.8 per cent ownership, he can be a huge differential in FPL.