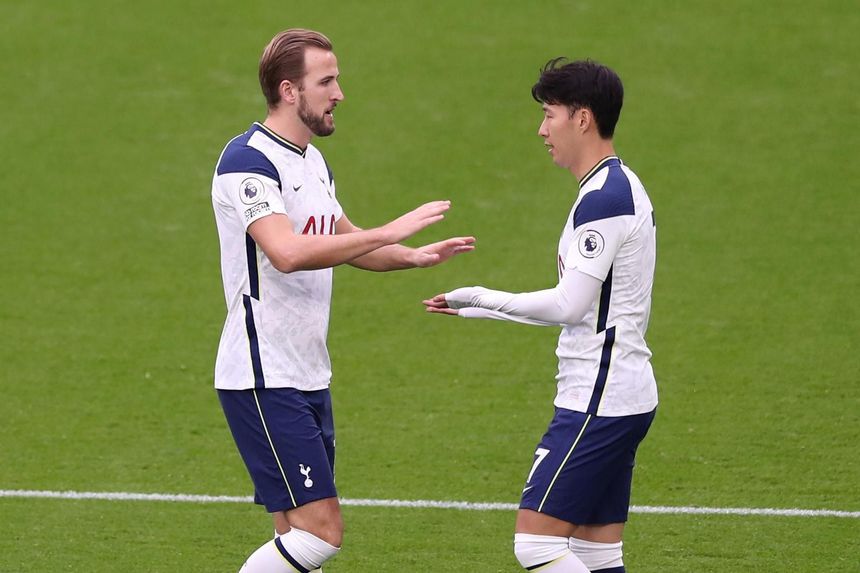 Kane and Son are the two highest-scoring Fantasy players but Tottenham Hotspur have a tough run of matches after the international break, facing six of last season’s top eight sides in the subsequent seven Gameweeks.

Own Kane, it's almost impossible to take out a player who has only blanked once this season and that was in Gameweek 1.

Kane is on a hot streak, registering his 150th Premier League goal in Gameweek 8. He has 28 goal involvements since Jose Mourinho took charge and in 14 matches this season has 13 goals and 10 assists. It's impossible to take out a player in that form.

Son, on the other hand, hasn't had the same level of consistency and could easily be swapped for Hakim Ziyech (£8.1m) or Kevin De Bruyne (£11.5m).

Own neither. The next fixtures are incredibly difficult. It's time to shift those funds to high-potential players who have better fixtures, like Manchester City players.

Spurs have not showed encouraging numbers in recent matches. I've always been a "fixtures guy" and with the shift in opponents for a lot of the premium teams, I'd jump on Man City.

I'm in favour of selling both Son and Kane as neither are really captaincy options over the next seven Gameweeks. If I were to keep one, it would be Son as he will be more effective on the counter-attack against difficult opposition, whereas Kane might have to drop deeper in a playmaker role.

Own neither. Have you seen those fixtures? Spurs have limped to victory in the last three matches against so-called "lesser-teams", so the upcoming challenges will be a step too far, particularly as Man City have a great run themselves and I'll want to invest there.

Own both. The schedule looks rough on paper but the defences of Spurs' upcoming opponents haven't exactly been great. Spurs may or may not keep winning but Kane and Son are good value to keep scoring.

Own neither. The premium slots will be better used on the likes of Mohamed Salah (£12.4m), De Bruyne, Sterling and Sadio Mane (£12.0m) up until the New Year.

If I were going to have one of them it would be Son, as he's cheaper and will have more chances counter-attacking against the stronger teams.

Own neither. The fixtures are awful! We are definitely going to want to invest in Man City. Fernandes is looking really good for Manchester United, too.

Own Kane. Hopefully you invested early but with Kane back to his best, when the going gets tough for Spurs, he's the one who's relied on to find a way through the low block. We've seen it two weeks in a row and it should continue even with the schedule turning a little.

Instead of Son, I would prefer Fernandes if you can find the funds or Ziyech if you can't.