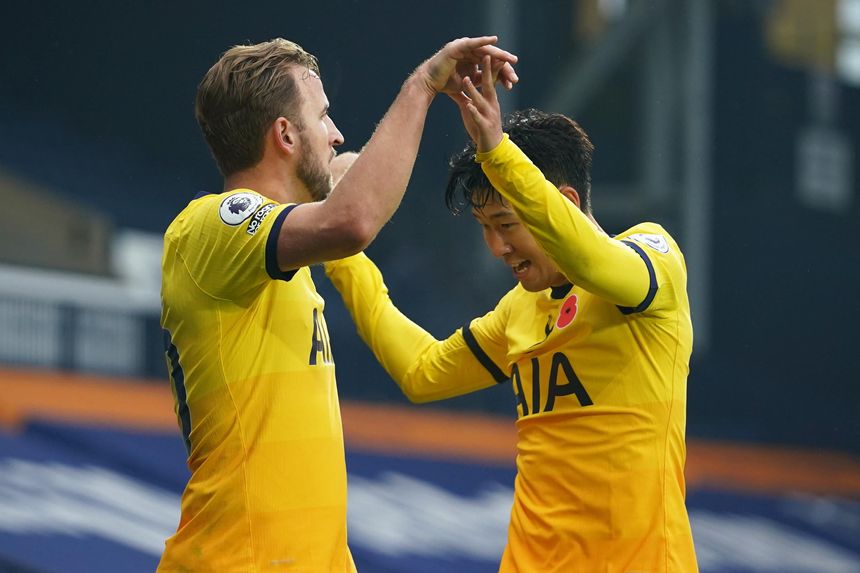 Owners of Harry Kane (£11.0m) and Son Heung-min (£9.6m) in Fantasy Premier League now have big decisions to make as Tottenham Hotspur prepare for a tough run of opponents.

The Spurs pair are the two highest-scoring players in FPL, totalling 80 and 74 points respectively.

Kane has combined seven goals with eight assists, while Son has eight goals and two assists.

That early-season form has earned both players huge interest in Fantasy.

Son is the most popular player in the game, with an ownership of 59.3 per cent, while Kane is found in 45.4 per cent of squads.

But an unfavourable run of opponents could limit the output of the Spurs pair, posing problems for those who own both, in particular.

Jose Mourinho’s side are now set to face six of last season’s top eight sides in the next seven Gameweeks.

Four of those matches score four or more in the Fixture Difficulty Ratings (FDR).

Kane owners will be very reluctant to part company with the striker, who has been Spurs’ most consistent attacker this season.

His winner at West Bromwich Albion means he has produced a goal or an assist in each of the last seven Gameweeks.

His 38 shots, 25 shots in the penalty area and 15 shots on target all rank among the top three players in FPL.

Son has shown he is capable of massive returns from midfield. He has brought in hauls of 24, 18, 13 and 11 points already this term.

But back-to-back blanks against Brighton & Hove Albion and West Brom are having an impact on the FPL market.

The South Korean is the most-sold midfielder in Gameweek 9, moved on by 91,000+ ahead of a home meeting with Manchester City.

Owning one or both of Kane and Son has been a huge part in many managers’ early-season FPL success.

But with the fixtures turning against them, the decision whether to keep faith in the pair or seek out alternatives looks just as crucial.