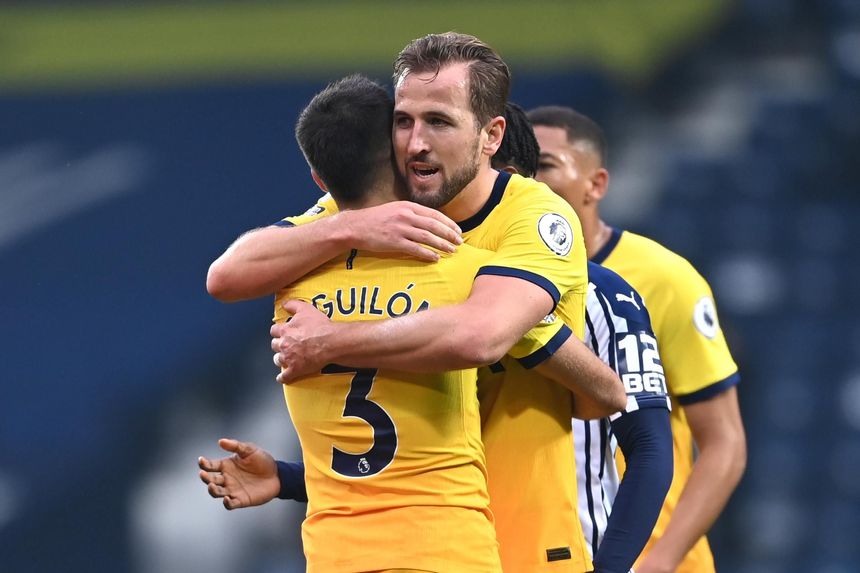 They had to wait 88 minutes but it was worth the wait for more than two million managers who made Harry Kane (£11.0m) the most-captained player in a single Gameweek this season.

Kane was given the armband by 2,060,781 people for Tottenham Hotspur‘s trip to West Bromwich Albion, narrowly beating the total of 2.057m for Pierre-Emerick Aubameyang in Gameweek 2.

He rewarded them with a late winner, but it was a different story for the 1.5m managers who instead opted for Kane's Spurs team-mate, Son Heung-min (£9.6m).

Son missed a big chance in the 1-0 win, returning only three points.

The third-most selected GW8 captain, Mohamed Salah (£12.4m), followed up with a goal of his own as Liverpool drew 1-1 at Manchester City.

All but 10 managers in the top 100 picked Kane or Son. And these elite bosses agreed with the masses, with Kane by far the most popular captain.

But Jamie Vardy (£10.0m) ousted Salah in third. The Leicester City forward scored a penalty against Wolverhampton Wanderers on Sunday but also missed a spot-kick to leave him on four points.

Chelsea's excellent form had led to four of their squad featuring in the top nine most-bought players ahead of the deadline.

The highest-scoring defender, Zouma was unable to add to his three goals and three clean sheets as Chelsea beat Sheffield United 4-1.

Ziyech, however, delivered with two assists and is the early top target for Gameweek 9, with 118,000+ transfers in.

James Ward-Prowse (£5.9m) completed the top three after notching 17 points in Gameweek 7, his biggest return in his nine seasons, but claimed only three points in Southampton's win over Newcastle United.

More than 600,000 managers removed Danny Ings (£8.4m) from their squads after confirmation the Southampton striker is not expected back before Gameweek 14 following knee surgery.

James Rodriguez (£7.9m) returned from injury for Everton as they lost 3-1 to Manchester United at Goodison Park. The Colombian lost nearly 400,000 owners and those who parted company with the midfielder will have been relieved to see him register only two points.