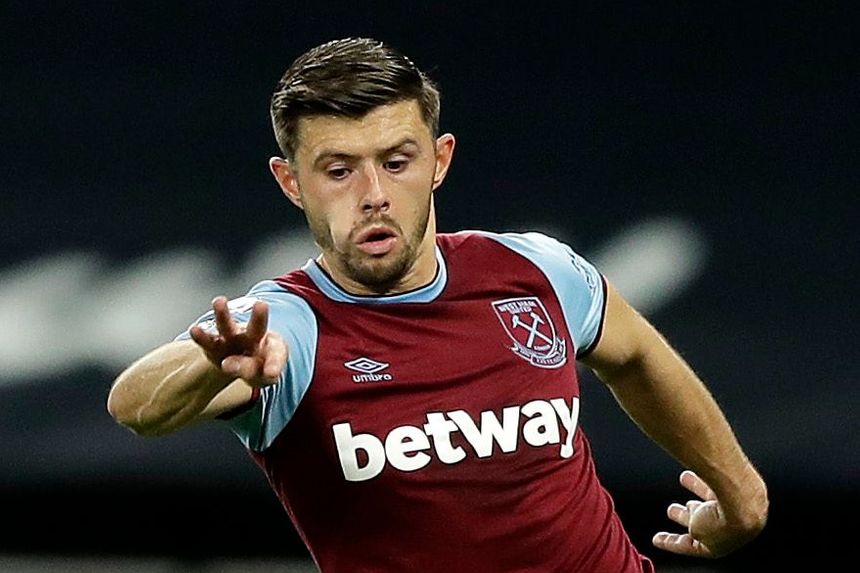 Aaron Cresswell: We're disappointed to come away with nothing External Link

I've been so patient with Trent Alexander-Arnold (£7.4m) but Liverpool's lack of clean sheets isn't ideal and they don't look to be coming soon. The lack of attacking returns has perplexed me too.

Joao Cancelo (£5.4m) has caught my eye for Manchester City, who are soon to have a great run of fixtures. He created four chances in Gameweek 7. If he starts his next two matches, I will be very tempted to jump in.

Aaron Cresswell (£5.1m) is also on my watchlist as West Ham United have favourable fixtures. The fact he is on some set-pieces and corners adds to his appeal.

Arsenal are now a very solid side. In a back three the wing-backs get forward and that makes Hector Bellerin (£5.0m) great value for returns at both ends of the pitch.

West Ham have a kind run of fixtures and only two defenders have created more chances than Cresswell's seven over the last four Gameweeks.

For the first time in a long while, I'm considering one of Arsenal's defenders. Bellerin got the assist at the weekend but Kieran Tierney (£5.4m) looks very attacking down the left side, so both are on my radar.

Sergio Reguilon (£5.6m) has settled in superbly at Tottenham Hotspur and I'd back him to add to that great assist for Gareth Bale (£9.5m).

While Aston Villa have conceded seven goals in two Gameweeks, they only conceded two in the first four, both to Liverpool. Ezri Konsa is £4.7m and Villa have excellent fixtures.

So do West Ham, and Vladimir Coufal (£4.5m) should provide strong value. He has 0.6 per cent ownership and is averaging 4.2 points per match.

Coufal will have a chance to add clean sheets to his two assists for West Ham and, at £4.5m, he could be a bargain.

Cancelo could become the Man City defender to invest in from Gameweek 10, when they have great fixtures. He's doing well for bonus points, and attacking returns look likely.

Cresswell has been superb and has a nice stretch of matches coming up, starting with Fulham on Saturday. West Ham look better than in seasons past so there's a chance his performance is sustainable.

I've been in on Brighton & Hove Albion's Tariq Lamptey since Gameweek 2 and he continues to look like a bargain at £4.7m.

Bellerin is a great pick. Arsenal’s fixtures are taking a turn for the good and he is an assist king. Max Kilman (£4.2m) looks like he is in pole position for a spot in the back three at Wolverhampton Wanderers and, at that price, he offers the best value out of all defenders.

Alexander-Arnold's time in my team has to come to an end. I'm quite interested in Lucas Digne (£6.1m), with good fixtures coming up for Everton. I can still see potential in Aston Villa's budget options too.

Bellerin has caught my eye. Arsenal have conceded the fewest goals in the Premier League this season, a sign that Arteta has really improved the defence.

I've been a huge fan of watching Lamptey play. He has consistently looked dangerous and was rewarded with a goal against Spurs.

There is still a little uncertainty over Kilman’s minutes but, having started ahead of Saiss last time out and kept yet another clean sheet, his prospects look increasingly good.

I still think Andrew Robertson (£7.1m) and Alexander-Arnold will be the highest-scoring defenders in the game this season. There’s a constant temptation to sacrifice them, but patience will pay off.