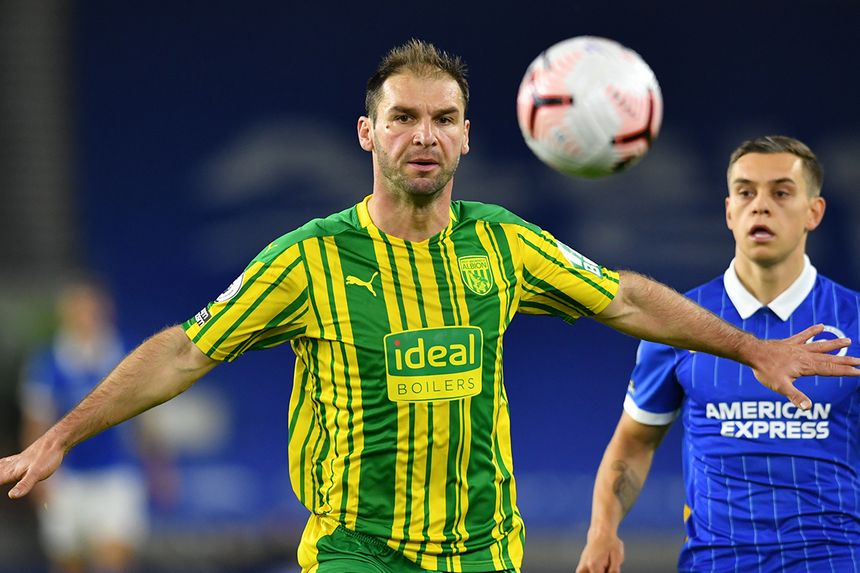 GW7 Ones to watch: Ollie Watkins
FPL team news: Late test for Jota
Who are the best value picks? The FPL experts have their say

The centre-back can be found in just 0.1 per cent of squads ahead of West Bromwich Albion’s visit to Fulham.

Ivanovic has made an immediate impact since being handed his Baggies debut in Gameweek 5.

Prior to his arrival, Slaven Bilic's side had conceded 13 goals in their first four fixtures.

But they have allowed just one goal in their two matches with the Serbia defender in the starting XI.

He has made a team-leading 13 clearances, blocks and interceptions since joining.

Those actions are rewarded in the Bonus Points System (BPS), which determines the bonus points allocated in any given match.

This means that whenever West Brom keep a clean sheet, Ivanovic’s chances of earning additional bonus will improve.

His prospects of a shutout at Craven Cottage look promising, with Fulham scoring just two goals in their last four outings.

Ivanovic has also boasted a major goal threat in his two matches.

His total of three shots in the box from Gameweek 5 onwards is the second-highest among defenders in FPL.

When that factor is combined with his clean-sheet potential, he looks set to offer big value in Monday evening’s encounter.