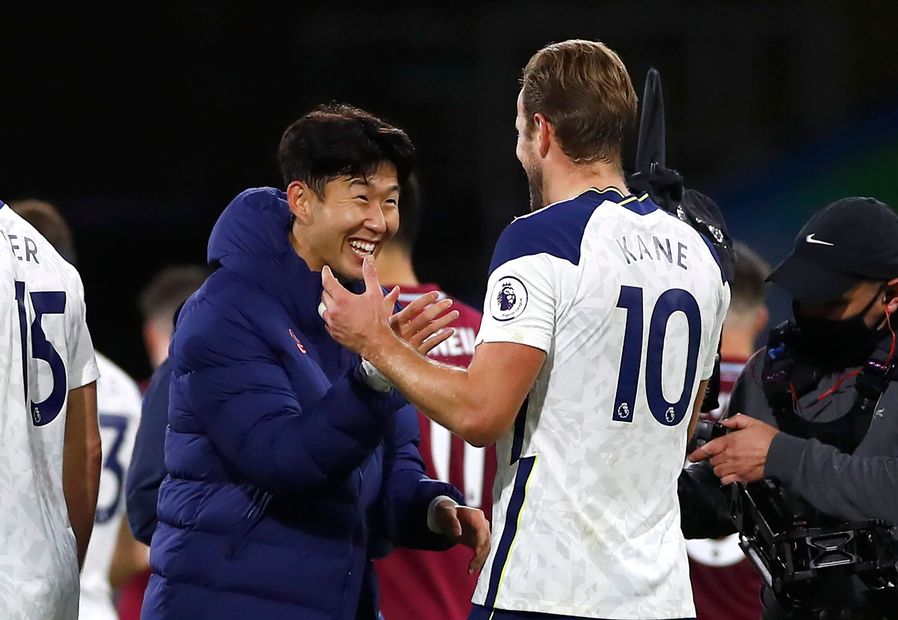 More than 1.5million Fantasy Premier League managers breathed a sigh of relief after their decision to add either Harry Kane (£10.8m) or Son Heung-min (£9.4m) to their squads resulted in returns in Gameweek 6.

And over 2.3million got extra bang for their buck by entrusting one of the in-form duo with the captain's armband for Monday's trip to Burnley.

The pair had been involved in 13 of Tottenham Hotspur's 15 goals this season, directly assisting one another on eight occasions, and they were at it again at Turf Moor.

Kane produced his eighth assist of the season for Son to strike his eighth goal of the campaign.

Jack Grealish (£7.2m) completed the top three transfers in but his 596,000+ new owners endured a disappointing start to the Gameweek as he blanked in Aston Villa's 3-0 defeat to Leeds United.

A long-term injury to Virgil van Dijk (£6.4m) meant he topped the transfers-out table for GW6 as nearly one million parted company with the Liverpool centre-back.

And fitness concerns contributed to the sales of Kevin De Bruyne (£11.5m) and Jamie Vardy (£10.0m) ahead of the weekend fixtures.

But they both featured as second-half substitutes. De Bruyne picked up one point in Manchester City's 1-1 draw at West Ham United, while Vardy came on to score Leicester City's goal in the 1-0 win at Arsenal.

For the second time this season, Liverpool's Mohamed Salah (£12.4m) was the most-popular captain choice among FPL managers.

But more than 1.7million were left ruing their decision after the Egyptian blanked against Sheffield United.

Salah had delivered attacking returns in four of the previous five Gameweeks but came up short at Anfield after both hitting a post and having a goal ruled out for offside.

The same trio were favoured by the leading 100 FPL managers, although Kane was the overwhelming top pick with over half of this elite group handing him the armband.