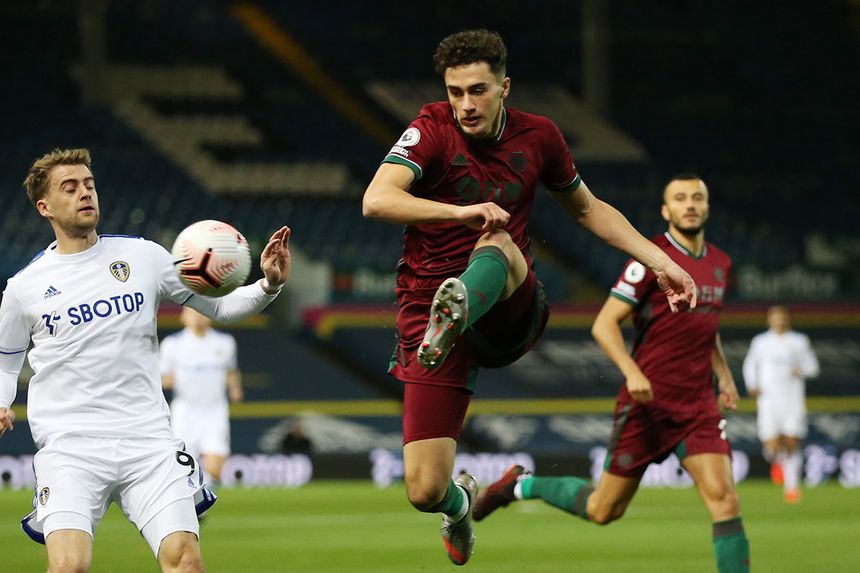 The Scout on why £4.0m Wolves defender can provide value with three home matches in next four Gameweeks

The recent displays of Max Kilman (£4.0m) have caught the eye of Fantasy Premier League managers who are in need of a budget defender.

The Wolverhampton Wanderers centre-back is the fifth most-bought defender in the Gameweek, earning over 120,000 new owners ahead of Friday’s 18:30 BST deadline.

Kilman has produced 21 points in the last two Gameweeks, having been handed his first start of the season in Gameweek 4.

He has helped Wolves to back-to-back clean sheets, while also providing the assist for Raul Jimenez's (£8.5m) winner at Leeds United on Monday evening.

Wolves host Newcastle United, Crystal Palace and Southampton in the next four Gameweeks.

Kilman is currently the cheapest starting defender in the game.

At a time when the goals have been flying in and clean sheets have been harder to come by, his emergence can help FPL managers cut costs in defence and spend more on attacking options.

Meanwhile, Wolves have fared better than most at the back, with their three clean sheets in the opening five Gameweeks matched only by Aston Villa.

He offers an alternative to Palace's Tyrick Mitchell (£4.2m), who has risen to 26.8 per cent ownership.

Although Mitchell has started the first five matches, his place is now under threat from first-choice left-back Patrick van Aanholt (£5.4m), who has returned from injury.

Managers should be aware, though, that Kilman is not certain of a regular long-term role for his side either.

Summer signing Marcal (£4.9m) started the first two Gameweeks as a left wing-back for Wolves before being ruled out through injury.

His absence has forced Romain Saiss (£5.2m) to play in that role in the last two matches, with Kilman consequently being drafted in as one of three centre-backs.

Crucially, Marcal made his return from injury against Leeds and may be pushing for a return to the starting line-up.

In such a scenario, it remains to be seen whether Kilman can keep his role at the expense of Saiss, who is the highest-scoring defender in the game with 31 points.

Nonetheless, in the short-term at least, Kilman’s form suggests he may well continue to start, allowing him to offer major value in FPL.