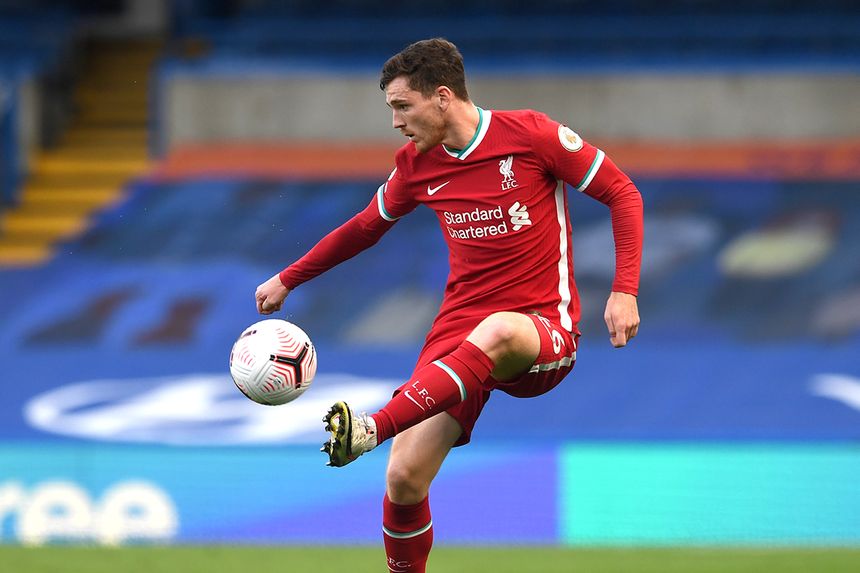 Andy Robertson: Unacceptable - we must make sure it doesn't happen again External Link

The Index looks beyond FPL points to determine players' value through their Influence, Creativity and Threat.

FPL managers have already seen Robertson's potential for attacking returns in the first four Gameweeks, and he sits second in the ICT Index among defenders.

Although the Reds' defensive displays haven’t been impressive, Robertson has still produced 19 points, scoring once and supplying an assist.

Raiding forward down the left flank for Liverpool, the Scot has had 18 touches inside the opposing penalty area this season.

Leicester City's Timothy Castagne (£5.7m) is the only player who has managed more than half that total, with 12.

Meanwhile, Robertson's four shots inside the box is the joint-highest total, leaving him level with Romain Saiss (£5.1m) and Kurt Zouma (£5.0m) of Wolverhampton Wanderers and Chelsea respectively.

Alexander-Arnold has had more shots, though, with his seven efforts being a league-high number among defenders, albeit with all of them coming from long range.

When it comes to creativity, West Ham United's Aaron Cresswell (£4.9m) leads the way. His totals of 10 key passes and 11 successful crosses are both the best for a defender.

But Robertson has produced 44 crosses, more than any other defender.

Interestingly, the Liverpool left-back's 11 crosses per match is almost double his average of 5.8 from the previous campaign.

According to the Fixture Difficulty Ratings (FDR), only one of Liverpool’s next 14 matches scores more than three.

If he and his team-mates can keep more clean sheets, Robertson can be a major source of points at both ends of the pitch during that period.