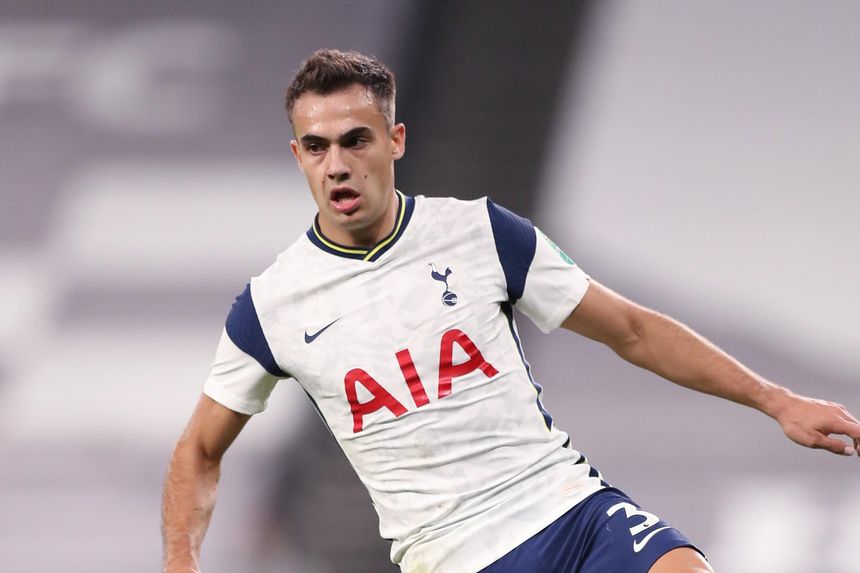 Team news for the visit of Tottenham External Link

Solskjaer likes to use a 4-2-3-1 formation, with Marcus Rashford and Mason Greenwood operating on the flanks.

It is a vibrant shape when his side attack, but neither forward is comfortable when asked to defend, so the full-backs can be vulnerable.

This was evident in last weekend's 3-2 win at Brighton & Hove Albion, when Solly March scored from one of 19 crosses sent into United's area from open play.

Brighton consistently created overloads that were problematic for Aaron Wan-Bissaka and Luke Shaw.

With none of United’s back four in top form at the moment, Solskjaer’s men appear uneasy when defending crosses, especially at the far post.

They must collectively make it harder for opponents to drive those balls into the box.

Summer signing Donny van de Beek could be asked to occupy one of the wide positions in a slightly modified shape.

The Dutchman does not offer the same pace as Rashford or Greenwood, and he would drift inside more frequently, but his creative quality in the final third could be an asset.

Van de Beek also tracks back well and is a proficient ball-winner, so his selection could provide more solidity.

Another option is to drop Bruno Fernandes back into a more orthodox central midfield trio.

In that system, one of the three midfielders would be asked to slide across to the wings, providing cover to stop Wan-Bissaka and Shaw being so exposed.

The battle between Spurs' full-backs and Man Utd's wingers will be fascinating.

Jose Mourinho's defenders will respect the threat posed by the opposition but also try to push them back into their own half to expose their defensive shortcomings.

Right-back Doherty loves to break into the box and has had six touches inside the area this season, a total bettered only by Harry Kane, Son Heung-min and Lucas Moura.

Left-back Reguilon made his debut in Tuesday's EFL Cup victory over Chelsea and provided an assist.

Indeed the Spaniard's cross, which found Erik Lamela at the back post, was precisely the kind of delivery that Man Utd have struggled with.

Whoever Mourinho selects, Man Utd will need to defend better in wide areas this weekend.