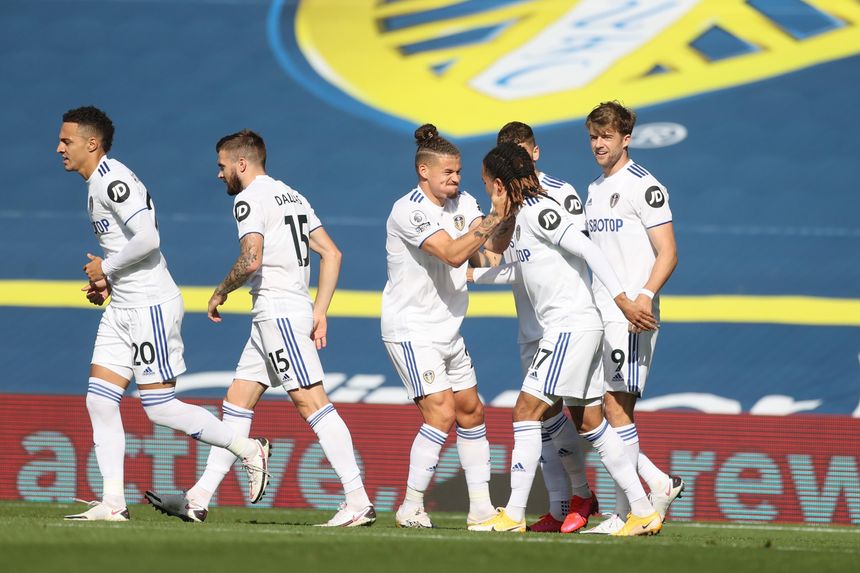 Leeds United will not change their aggressive and adventurous approach when they entertain Manchester City, even though they face a team who scored more than 100 goals last season.

With a fixed philosophy in place, Marcelo Bielsa's side will press and harass their all-star opponents in the same way we have seen across their opening three matches, including in their 4-3 defeat against Liverpool.

Their assertive style will test the mettle of City's players, who suffered a 5-2 home defeat to Leicester City last time out.

To cope with Bielsa's intense demands both in and out of possession, Leeds' players have built up incredibly high fitness levels.

The promoted side top the Premier League rankings for distance covered and sprints, running over 8km more per 90 minutes than City have so far.

They work hard to close opponents down, often marking man to man, and are constantly moving on the ball.

So expect them to ask difficult questions of City.

Leeds do not have the same pace in forward areas as Leicester but can still threaten Pep Guardiola's side in similar ways.

In the middle third they will look to turn the ball over regularly and strike quickly on transitions.

Pressing a team with as much quality as City is risky, so this could be another entertaining spectacle, like Leeds' seven-goal thrillers against Liverpool and Fulham in their opening two matches.

The danger of conceding goals is unlikely to deter the hosts, who are known for staying true to their brave approach.

Guardiola will need to ready his players for a physical test.

Leeds have won considerably more tackles than anyone else in the division so far this term and are fabulous at winning the ball with their unique way of applying frenetic pressure.

Their decision-making when they grab possession will be the key to success.

If Leeds can pick out the right run from the turnovers they create, City's defence could be in for another difficult 90 minutes.

Klich can be the key man

Jack Harrison is unable to face his parent club this weekend, which is a blow for Leeds. But it provides an opportunity for new signing Rodrigo Moreno to start.

The Spaniard will be vying with Tyler Roberts for the vacant spot on the left if Bielsa opts for his familiar 4-1-4-1 system.

Without Harrison's influence, the onus will be on Mateusz Klich to maintain his impressive early-season form in Leeds' midfield. The Pole has already contributed two goals and an assist.

Klich covers a lot of ground, averaging 11.65km per 90 minutes, which is second only to Kalvin Phillips in the side.

He is a terrific ball-winner but offers plenty of end product inside the final third, too.

We saw Klich break into the box to score at Anfield and he provided a classy assist for Patrick Bamford with a defence-splitting pass at home to Fulham.

He could be the decisive figure for Leeds this weekend.

A fired-up Man City may have too much class for Leeds at Elland Road but Klich and Co will not lie down and make it easy for them.

Bielsa and Guardiola are both known for their positive tactics, so this meeting has the potential to produce fireworks.

Part 2: Leicester must be aware of West Ham's aerial threat
Part 3: How Chelsea can get the best out of Havertz
Part 4: Spurs' full-backs can pose problems for Man Utd