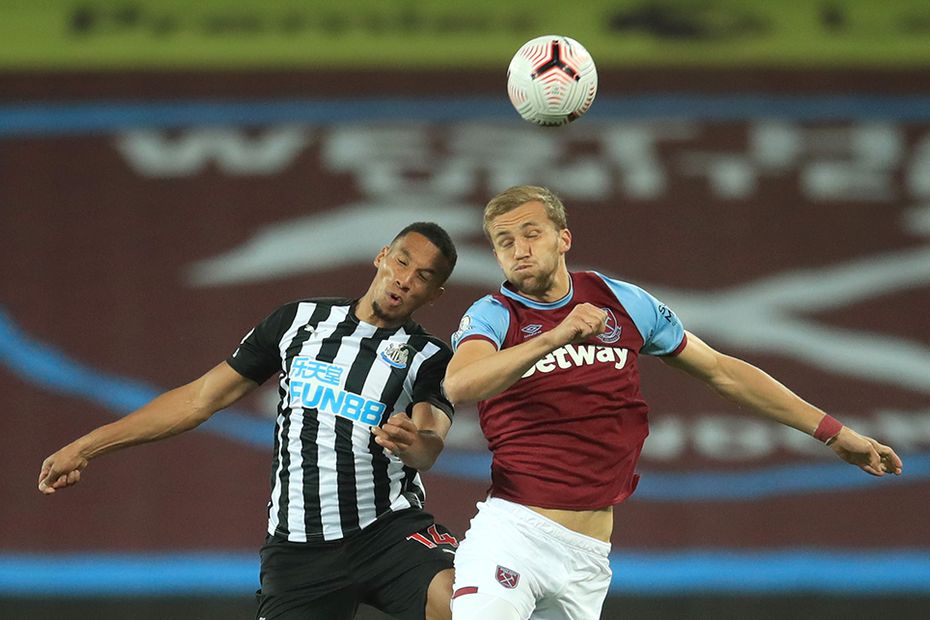 The aerial power of West Ham United could pose a threat for Premier League pacesetters Leicester City at King Power Stadium on Sunday.

The Hammers have had more headed efforts on goal than any other side in 2020/21.

Delivering pinpoint crosses from wide areas, both in open play and from set-pieces, David Moyes's side have caused opponents a host of problems.

Leicester manager Brendan Rodgers will be extra wary as two of the four goals his own side have conceded arrived via headers from dead-ball situations.

From a tactical perspective it will be crucial for Leicester to stop those West Ham crosses at source.

When given time and space left-sided duo Aaron Cresswell and Arthur Masuaku have produced terrific accuracy in the early weeks, matched by Ryan Fredericks on the opposite flank.

With Tomas Soucek marauding into the penalty area at regular intervals and Michail Antonio offering an additional target, the Foxes must work hard to block crosses and contain West Ham's wing-backs.

Despite facing Arsenal and Wolverhampton Wanderers in their last two matches the Hammers have had no problem creating goal opportunities.

After 270 minutes of action this term their total of 32 chances created is second only to the 41 recorded by Liverpool.

Considering that Moyes has used a solid-looking 5-4-1 shape for the past couple of matches, that is an impressive feat.

His wing-backs deserve some credit for this surge in creativity.

Fredericks, with 3.54 key passes per 90 minutes, and Masuaku, with 2.51, have supported the inverted wide men Jarrod Bowen and Pablo Fornals on the outside.

Indeed, Fredericks is the Premier League's most creative defender, so it is a real blow he is out injured until after the international break.

Leicester are playing superbly right now but West Ham have the ability to spring a surprise.

They fully deserved to beat Wolves 4-0 and were unfortunate to lose at Arsenal in a match where they outshot the Gunners by 14 to seven.

Bowen and Fornals are in excellent form, Antonio's muscular approach provides a wonderful springboard for counter-attacks and defensively they have found a better groove.

Facing an average of only 2.33 shots on target per match at the moment, Moyes' men will travel in a confident mindset.

Part 1: Fireworks in store as fearless Leeds face Man City
Part 3: How Chelsea can get the best out of Havertz
Part 4: Spurs' full-backs can pose problems for Man Utd