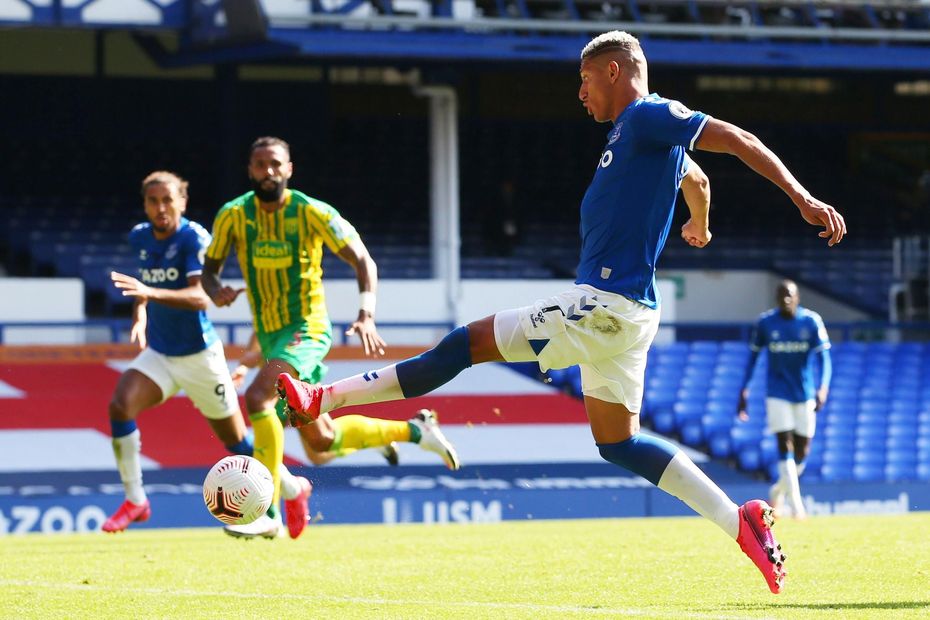 Everton’s Brazilian has been largely ignored by Fantasy managers due to the popularity of his team-mates Dominic Calvert-Lewin (£7.4m) and James Rodriguez (£7.7m).

Calvert-Lewin and Rodriguez are the two most-bought players since the start of the season, being transferred in by over 1.7 million and 1.3 million respectively.

Richarlison, meanwhile, has earned just 324,000+ new owners to this point.

Yet he has been a major influence in the Toffees’ 100 per cent start to the campaign.

The 23-year-old produced three assists and 12 FPL points in his last match at Goodison Park, a 5-2 win over West Bromwich Albion in Gameweek 2.

And he followed that up with a converted penalty in the Toffees’ 2-1 victory at Crystal Palace last weekend.

The underlying statistics also suggest Richarlison can pose big problems for Brighton & Hove Albion on Saturday, providing he is fit to play.

His 13 shots are a team-leading total and place him joint-first along with Aleksandar Mitrovic (£6.0m) among FPL forwards.

Despite his new role on the left side of a 4-3-3 formation under Carlo Ancelotti, Richarlison has produced 11 shots inside the penalty area.

That is the third-highest tally among all players in FPL, bettered only by the 13 and 12 of Mohamed Salah (£12.1m) and Calvert-Lewin respectively.

Fantasy managers must now wait for a further update from Ancelotti after Richarlison twisted his ankle in the EFL Cup on Wednesday.

Brighton visit the Toffees on the back of defeats to Chelsea and Manchester United in the first three Gameweeks.

Graham Potter’s side have struggled defensively, conceding three goals on both of those occasions.

Richarlison can take advantage of the Seagulls’ frailties and reward managers who are seeking an alternative route into Everton's attack.