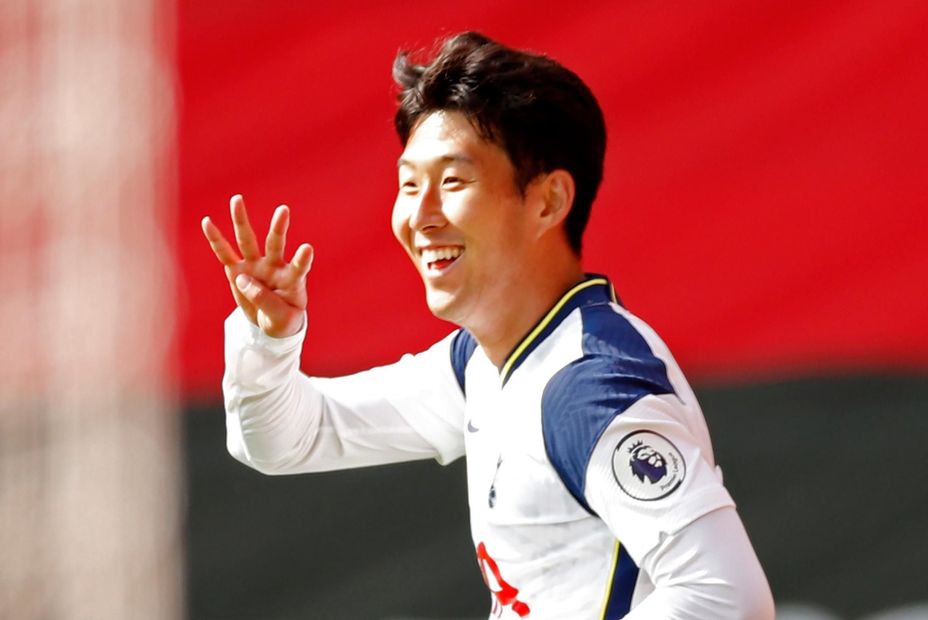 Watch - Son talks through his four-goal haul at Southampton External Link
'Bale, Kane and Son one of best front threes in the league"
Kane matches Henry feat with starring role for Spurs

If Fantasy Premier League managers needed a reminder to be patient with their early-season plans, Tottenham Hotspur’s win at Southampton was the perfect example.

They were made to pay for that decision as the South Korean scored four goals in the 5-2 victory over Saints, rewarding his remaining owners with a bumper 24-point haul.

Son was not the only player to punish his sellers in Gameweek 2.

Indeed, eight of the 12 most-sold players for Gameweek 2 delivered either defensive or attacking returns.

After being the second most-sold player for Gameweek 2, Son is now the third most-bought for Gameweek 3, earning over 339,000 new owners.

That total is bettered only by the 400,000 and 341,000 of Everton duo Dominic Calvert-Lewin (£7.2m) and James Rodriguez (£7.5m) respectively on the back of their double-figure hauls against West Bromwich Albion.

Give Werner another week?

The Baggies have now lost each of their opening two fixtures, conceding eight goals ahead of a home meeting with Chelsea.

Yet that hasn’t stopped managers from partying company with the Blues' frontman Timo Werner (£9.5m).

He is the third most-sold player for Gameweek 3, with over 160,000 transfers out.

Those former owners will be hoping that Werner doesn’t follow Son’s lead and punish their lack of patience.