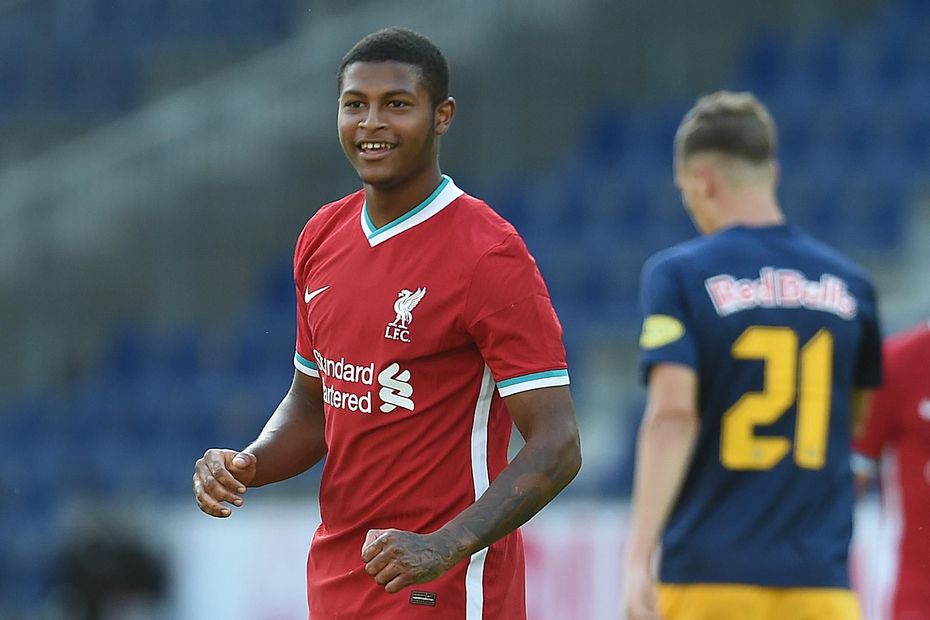 Red-hot Brewster one to monitor

Two goals from Rhian Brewster (£4.5m) will have Fantasy Premier League managers on alert ahead of the 2020/21 campaign.

The Liverpool forward’s double earned his side a 2-2 draw with Red Bull Salzburg and extended his fine pre-season form.

Brewster has scored three goals in the Reds’ two friendlies.

That continues his output from last term, when he scored 11 goals in 22 league appearances for Championship side Swansea City.

If he stays at Anfield, there will be big question marks over how many minutes Brewster will get for Liverpool.

But if the 20-year-old secures a loan move to another Premier League club for 2020/21, he can offer outstanding value at just £4.5m in FPL.

Elsewhere, Arsenal centre-back William Saliba (£4.5m) is pushing for a place in managers’ early-season defences after making his debut against MK Dons.

And Eddie Nketiah (£6.0m) could provide an option up front after starting and scoring in the 4-1 win.

The Gunners have a kind start to the season, facing Fulham and West Ham United in the opening two Gameweeks.