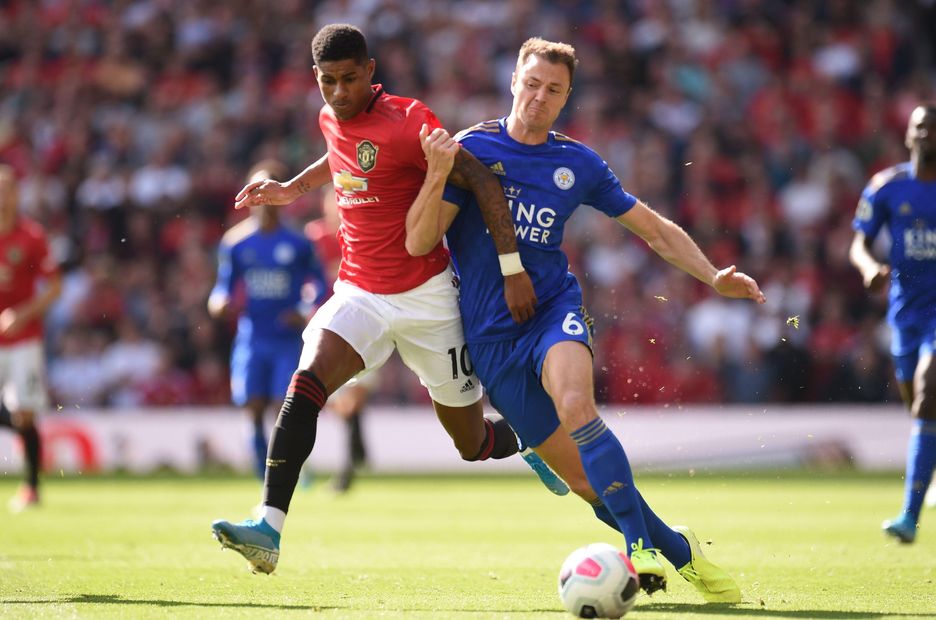 How United bridged the gap to the top four External Link

The team who cope best with counter-attacks are likely to win the top-four shootout between Leicester City and Manchester United on Sunday.

On fast breaks they are two of the most dangerous sides in the Premier League.

Blessed with fantastic pace in forward areas and the midfield guile to produce devastating through-balls, they will each look to catch the other out on quick transitions.

As a consequence we may see Brendan Rodgers and Ole Gunnar Solskjaer opt for a safety-first tactical approach at times.

But when the game does open up it should be a fascinating watch as both sides aim for a win that would guarantee them UEFA Champions League qualification.

Most goals from fast breaks

Leicester have scored nine goals from fast breaks this term, a tally that is second only to champions Liverpool.

The explosive pace of Jamie Vardy and Harvey Barnes can be destructive on the counter but for Sunday’s encounter they will miss the service provided by the injured James Maddison.

Only six Premier League players have created more chances from open play this season than he has.

That said, one of those is team-mate Youri Tielemans. The Belgian has supplied 46 key passes outside of set-play situations this term.

So when Leicester spring breakaways they will rely on him to release runners in behind Man Utd’s defence.

From a tactical perspective Rodgers will be nervous of United’s pace up top.

With his fastest defender Caglar Soyuncu suspended he does not have great speed available to him at the back.

Wide centre-backs Ryan Bennett and Jonny Evans were exposed for a lack of pace on counters against Arsenal, AFC Bournemouth and Tottenham Hotspur in recent weeks.

So do not be surprised if Leicester revert to a back four this weekend with the full-backs asked to play in a less adventurous manner.

Leaving space down the wide channels or in behind them would be risky, especially when you study how the players available for each side match up for speed.

The Foxes like to press inside the opposition half but because of the pace difference of the two teams, in this match we may see a lower defensive block than usual.

Bruno Fernandes has only made 13 Premier League starts but he is already the man who makes Man Utd tick.

His vision and skill since joining from Sporting Lisbon have unlocked the potential of United’s front three in a spectacular way.

Finding a way to keep him quiet will form a key part of Leicester’s game plan.

Wilfred Ndidi will be asked to restrict the Portuguese playmaker’s influence.

It is a duel that pits arguably the best defensive midfielder in the competition against the best attacking midfielder.

Nigerian Ndidi will not perform a man-to-man marking role because he is so integral to the Foxes in possession.

Instead, as soon as United get the ball it will be Ndidi’s responsibility to crowd Fernandes for space and force him to pass sideways or backwards.

Southampton and West Ham United did this very effectively in draws against United in recent weeks.

Ndidi’s defensive attributes are outstanding, so if anyone can control Fernandes it could be him.