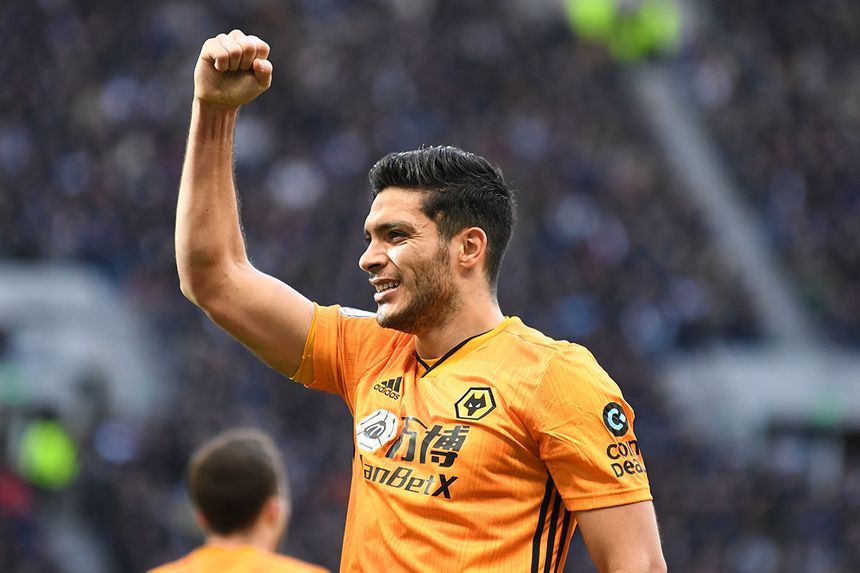 If Chelsea do not mark Raul Jimenez closely on the final day, their dreams of a top-four finish could end.

Jimenez's 17 Premier League goals in 2019/20 is testament to an outstanding personal campaign for Wolverhampton Wanderers.

He has also been one of the sharpest front men around since the restart and will be confident of adding to his haul against a Chelsea side who have conceded at least twice in four of their last six Premier League matches.

Chelsea have not dealt well with crosses all season, whether from set-pieces or open play.

Frequently switching centre-back combinations and full-backs, Frank Lampard’s defence can be on edge when aerial balls are delivered into their area.

This weakness could be exploited by Wolves, with Jimenez arguably the strongest centre-forward in the division for powering headers into the goal.

The 29-year-old has has 13 headed efforts on target, more than any other player. His total of 25 attempts is a league-high tally matched only by Richarlison.

Converting five of those chances into goals, Jimenez is joint-top in this area, alongside Burnley’s Chris Wood.

Attacking crosses with fantastic conviction, usually at the far post, his presence will unsettle Chelsea’s defenders on Sunday.

The Mexican has also proved even more effective during the second half of matches.

Mirroring Wolves as a team, Jimenez is more dangerous after half-time, scoring 15 of his 17 goals in the second half of matches.

When space begins to open up and opponents tire, Jimenez is on hand to capitalise.

Needing just a point to qualify for next season’s UEFA Champions League, Chelsea will be eager to get their noses in front early on in this crucial fixture.

If they don’t start well, Jimenez and Wolves are likely to make it a difficult final 45 minutes of the season.

From a tactical perspective Jimenez is also a difficult man to mark.

He enjoys dropping into deeper positions to knit together moves and counter-attacks, releasing the fast Adama Traore and Diogo Jota before racing forward to join in inside the danger zone.

The Wolves forward loves to run on to square passes or crosses, and is excellent at applying a one-touch finish with his feet or head.

His form is sharp enough to make headlines again on the final day.

You suspect that Chelsea, who have only kept eight clean sheets, will need to score at least once to achieve their goal of a top-four place.