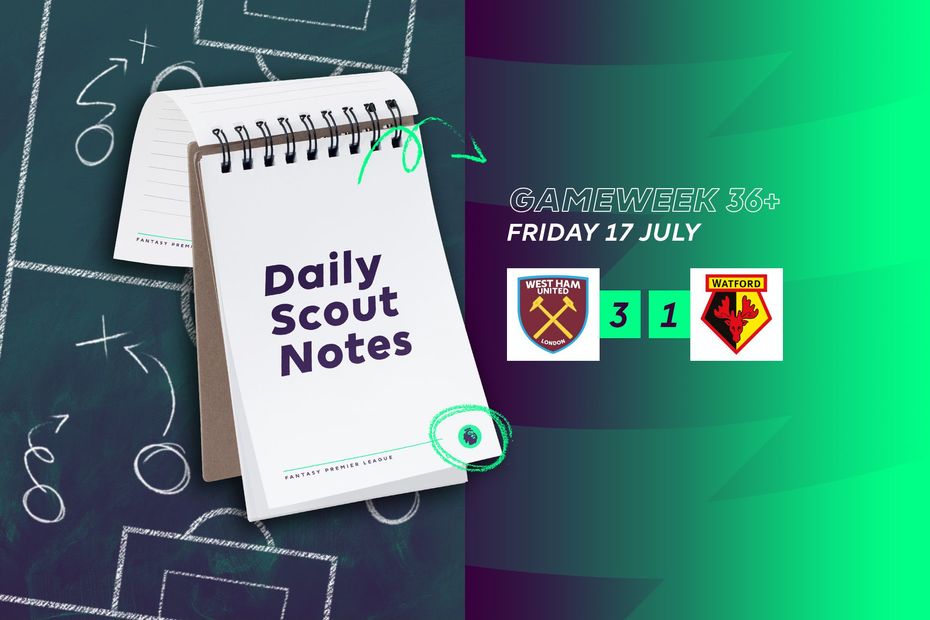 Michail Antonio strikes again to reward the 137,113 managers who made him the fifth-most popular signing of GW36+

The fifth most-bought player for Gameweek 36+, he was transferred in by 137,113 managers after producing four goals and 26 points against Norwich City in his previous match.

Antonio has scored seven of his nine goals this season in the last five Gameweeks, also supplying an assist.

Still owned by just 3.5 per cent of squads, he is among a number of Hammers differentials to increase their output recently.

Tomas Soucek (£4.8m) has scored in three of the last five fixtures, while Jarrod Bowen (£6.4m) has four assists in that period.

While a visit to Manchester United in Gameweek 37+ limits interest in the Hammers, a home match with Aston Villa on the final day of the season hands them a chance to finish 2019/20 FPL on a high.

For Watford, Troy Deeney (£6.1m) scored in back-to-back fixtures for the first time this term.

Owned by only 1.8 per cent, the Hornets' frontman has three goals and 21 points in the last two Gameweeks.

But his remaining matches are against Manchester City and Arsenal.

Managers looking for a cut-price forward should instead look to Chris Wood (£6.1m).