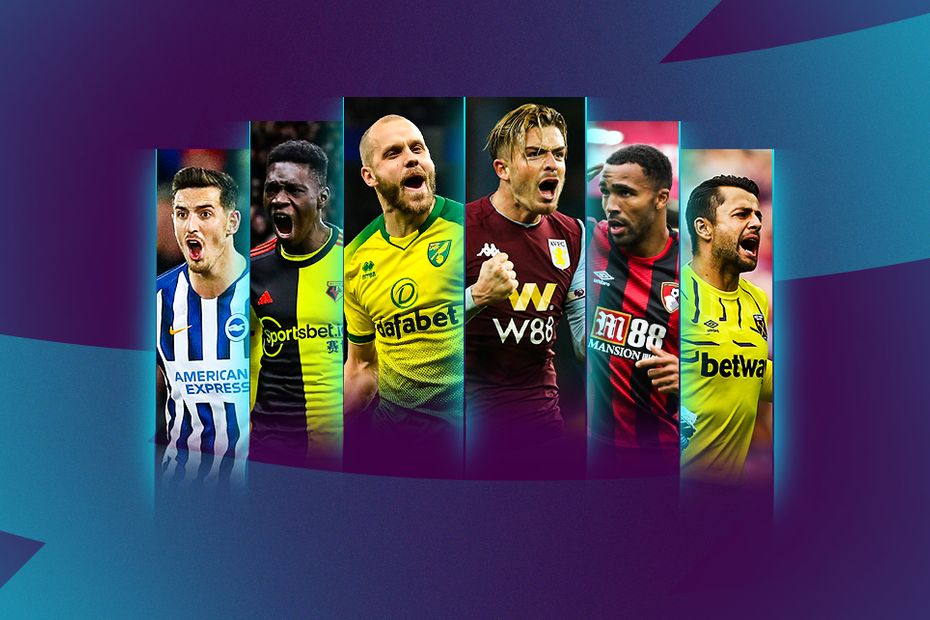 With just eight points separating the bottom six teams, it is all to play for at the foot of the Premier League

Grealish: We believe we can stay up External Link

The situation at the bottom of the table is sure to heat up as the resumption of the Premier League approaches.

Provided that all safety requirements are in place, the season will resume on Wednesday 17 June.

And with the bottom six teams all lying within eight points of each other, it is shaping up to be one of the closest finishes ever.

Brighton & Hove Albion, in 15th, and 19th-placed Aston Villa are separated by only four points, with bottom side Norwich City six points behind West Ham United, who are 16th.

Villa have an immediate chance to move out of the relegation zone when they host Sheffield United in the first match to get under way on Wednesday.

A victory would lift them above Watford, who make their return to action at home against Leicester City three days later.

None of the bottom six teams go head-to-head until early July, when Norwich host Brighton in one of five potentially pivotal fixtures.

West Ham United and Norwich have three such duels apiece, while AFC Bournemouth do not face any of their relegation rivals.

The Cherries are one of three clubs in the bottom six who have four fixtures against teams in the top six during the run-in, along with Brighton and Aston Villa.

Norwich have the fewest meetings with top-six teams, facing only Chelsea and Manchester City.

Villa captain Jack Grealish is confident the club will be able to preserve their Premier League status despite their tricky run-in.

"There's so much belief [that we can stay up]," Grealish told the club's official website. "We've had time to reflect on stuff, we've been working hard and hopefully we'll come back raring to go. I know that I will."

If the battle to avoid relegation should come down to the final day, Norwich face an arduous trip to Man City, while West Ham host Aston Villa in what could turn out to be a decisive fixture.

Part 1: When can Liverpool win the Premier League title?
Part 2: All to play for in race for top four