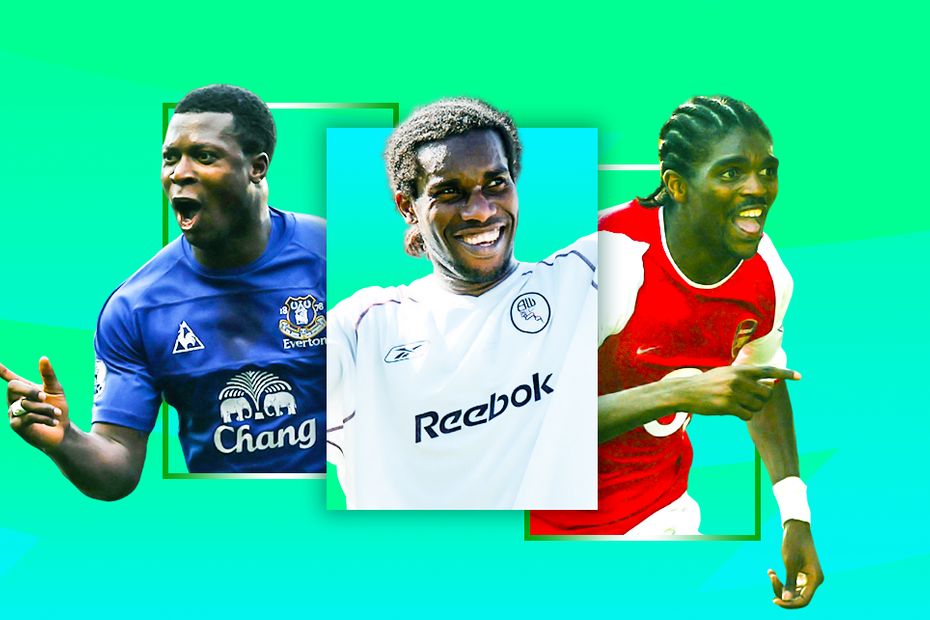 Yakubu? Okocha? Kanu? Choose your favourite from the most-represented African country to feature in the competition

We are looking at the achievements of the Premier League’s top Nigerians, and we want to know who you think has been the best.

A total of 42 have featured in the Premier League, more than any other African country, with Efan Ekoku being the first when he represented Norwich City in April 1993.

They will aim to emulate the success of two-time Premier League title winner Nwankwo Kanu, who brought a combination of skill and athleticism to the top flight.

Second to only Shola Ameobi for appearances among Nigerian players, Kanu has supplied more assists than any of his fellow countrymen, setting up 29 goals in his 273 matches.

His Premier League medal collection is matched by John Obi Mikel, who played 249 times in midfield for Chelsea over a 10-year period.

Another Nigerian to win a PL title at Stamford Bridge was Victor Moses. Converted into a right wing-back by Antonio Conte, he played a key role in the Blues' 2016/17 triumph.

Jay Jay Okocha was one of the most skilful players to grace the Premier League. His flicks and tricks for Bolton Wanderers helped earn him the Player of the Month award in November 2003.

The highest-scoring Nigerian in the Premier League is Yakubu.

A reliable goalscorer for Portsmouth, Middlesbrough, Everton and Blackburn Rovers, he twice scored four goals in a Premier League match during his nine top-flight seasons.

You can watch a video of great goals by Nigerian players above, and have a look at some eye-catching numbers in the table, before voting on who you think is the Premier League's best ever Nigerian player.