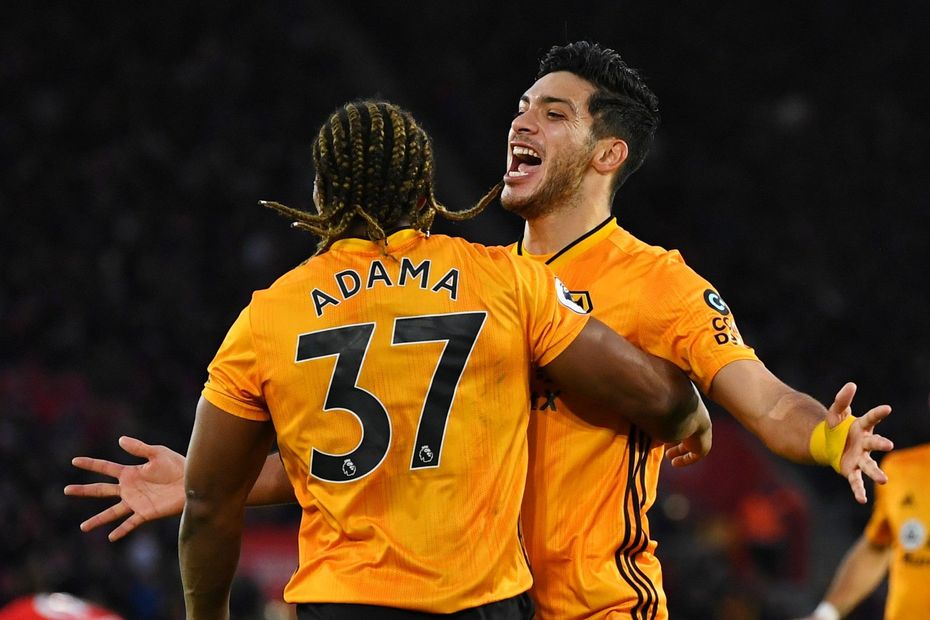 Adrian Clarke explains why the head coach could revert to a 3-4-2-1 with Jimenez, Traore and Jota against Spurs

As Wolverhampton Wanderers prepare for a big match at Tottenham Hotspur in the fight for UEFA Champions League qualification, Nuno Espirito Santo has a big tactical decision to make.

Which formation should the head coach go with in north London?

Last weekend Nuno successfully switched back from a 3-4-2-1 formation to a 3-5-2 system, pushing the in-form Diogo Jota into a central striker’s role alongside Raul Jimenez.

Both front men played superbly, and scored, in a resounding 3-0 success at home against Norwich City.

However, it forces Nuno to leave out his lightning-quick winger Adama Traore, who was introduced last weekend only in the 72nd minute.

So, does Nuno stick with his strike partnership, or revert to 3-4-2-1?

Over the course of the campaign Wolves have been better with two attacking midfielders offering support to Jimenez as a lone striker.

Jota’s previous three goals were all scored in that set-up, and the Portuguese is very comfortable floating in from the left to link play with the leading scorer.

Changing a winning strategy is not ideal but for this crucial match it is likely the Jota-Traore-Jimenez trio will be unleashed on Spurs.

With Willy Boly also back in the side providing a solid foundation, it would surprising if Wolves do not go back to the 3-4-2-1 shape that has been most successful for them this season.