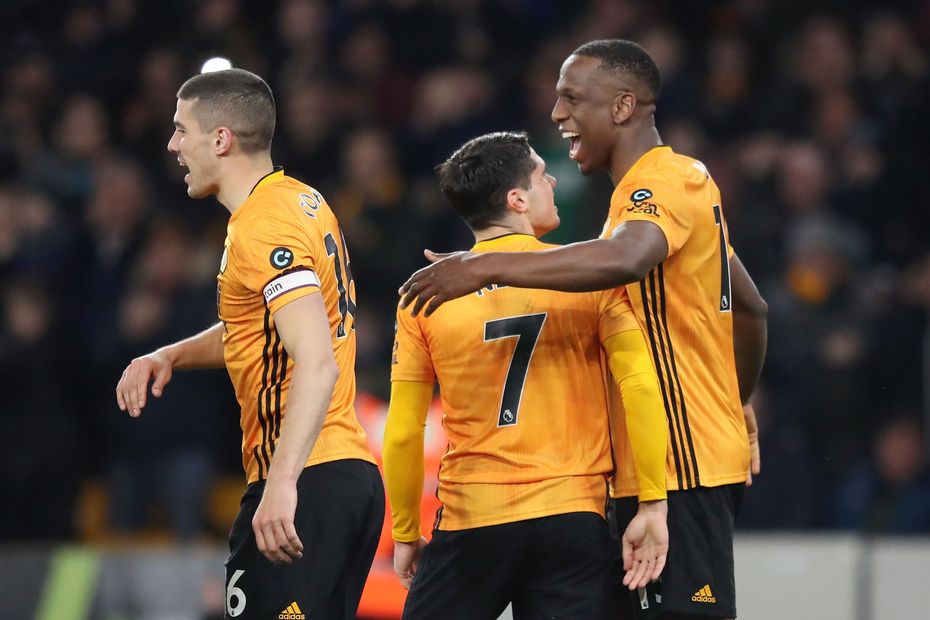 Willy Boly's return from injury has given a major boost to Wolverhampton Wanderers’ top-four ambitions.

The 29-year-old was sidelined between mid-October and the start of February with a broken ankle.

Since Boly has come back into the team, Wolves are yet to concede a goal in three Premier League outings against Manchester United, Leicester City and Norwich City.

Studying Wolves’ defensive record with and without Boly, there is an argument that he is the Premier League’s most influential centre-back.

This season he has been worth a goal per match for Nuno Espirito Santo's side.

Wolves with and without Boly

Without his 6ft 5in centre-back, the Wolves head coach used the versatile Leander Dendoncker in a deeper role and gave opportunities to Maximilian Kilman and Ryan Bennett.

They each performed well, but Boly’s unique authority proved irreplaceable.

His physicality makes Wolves tougher to breach and Boly blends aggression in his duels with a calming aura on the ball.

A prominent figure during the promotion season, his understanding of the team’s tactical approach cannot be overstated.

Playing to the right of Conor Coady and inside wing-back Matt Doherty, Boly has built strong relationships with his two team-mates.

When the trio feature together, as they likely will at Tottenham Hotspur on Sunday, it gives confidence to the whole side.