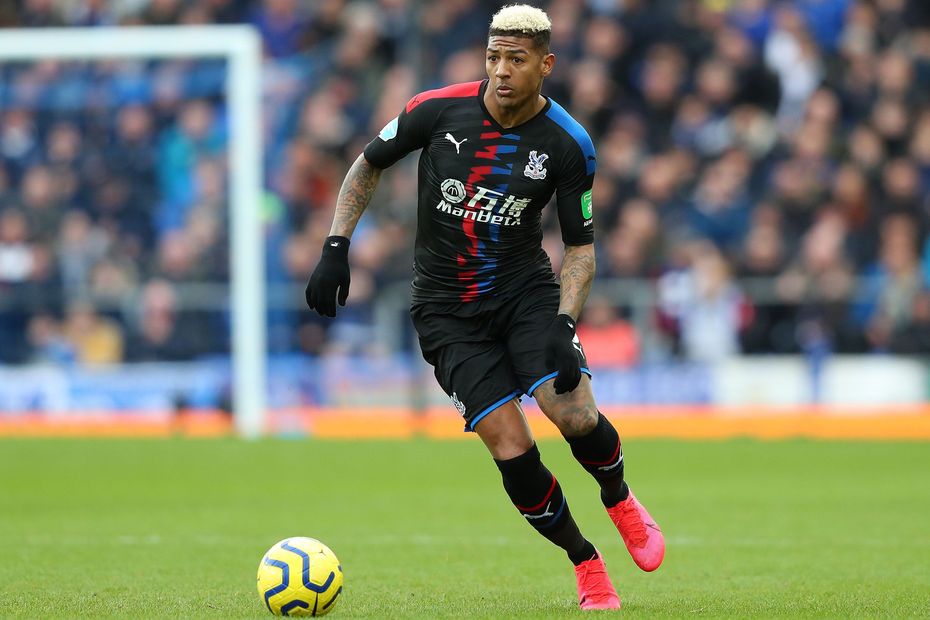 Eight of the last nine Premier League goals scored by the Dutchman have coincided with Palace victories, including three this season.

Most recently he was outstanding in last weekend's 1-0 win over Newcastle United.

Van Aanholt scored a sensational free-kick and created a glut of goalscoring chances from set-pieces.

He is not the most defensively solid full-back in the competition but Van Aanholt's presence in Roy Hodgson's side tends to have an uplifting effect.

Crystal Palace have won eight times in his 20 starts this term, while failing to win any of the seven matches he has missed.

Wilfried Zaha is without doubt Palace's star man, the winger attracting by far the most attention. But he is supported extremely well by Van Aanholt.

The pair have struck up a fine partnership across the last four seasons, with the left-back always looking to pick out his team-mate with an early pass.

Since returning from an injury that kept him out for the whole of January, Van Aanholt has found Zaha 42 times in three matches.

Brighton & Hove Albion head coach Graham Potter will be well aware how much Crystal Palace like to attack down their left.

So if Ezequiel Schelotto retains his place on Saturday the right-back will be in for a busy afternoon against Van Aanholt and Zaha.

In recent years Crystal Palace have been at their best as a counter-attacking side.

Twelve of their 14 Premier League wins last season came in matches in which they had less than 50 per cent of the ball.

While their possession average is still only 45 per cent, Hodgson, who celebrates his 100th PL match in charge of Palace on Saturday, has made his team more comfortable when dominating the ball.

The Eagles have already beaten Aston Villa, Burnley and West Ham United this season with possession figures of 53, 57 and 58 per cent.

In recent defeats by Everton and Sheffield United it was also interesting to note that it was Palace who boasted the lion's share of the ball.

Away to rivals Brighton we can expect to see Palace play on the break, but there has been a conscious effort to add a new layer to their tactical approach.

When you have a left-wing duo as dangerous as Zaha and Van Aanholt, it makes sense to bring in this more assertive Plan B.