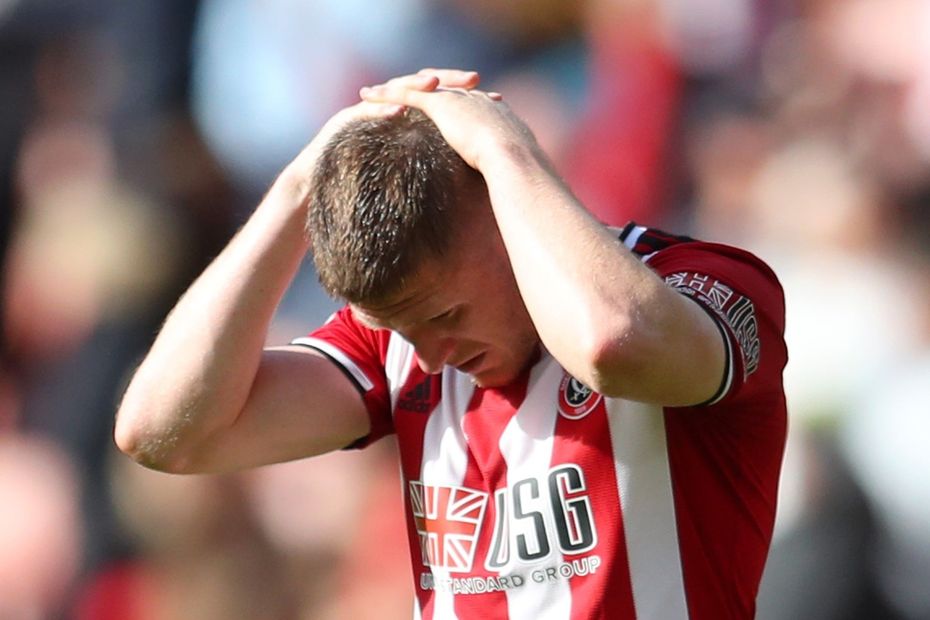 Managers in Fantasy Premier League are on the lookout for a new defender after John Lundstram (£5.1m) was named on the bench for the second successive Gameweek.

The Sheffield United man is the most-popular defender in the game, having started the season at £4.0m and provided three goals, three assists and eight clean sheets.

But the arrival of January signing Sander Berge (£5.0m) looks like bad news for Lundstram's 45.6 per cent ownership.

The Norwegian recruit went straight into the Blades' line-up against Crystal Palace on Saturday at the expense of Lundstram.

Lundstram did come off the bench but played only 22 minutes and missed out on the points for his side's clean sheet in a 1-0 win.

Over 75,000 have already sold the 25-year-old ahead of the Blades' Gameweek 26 home match against AFC Bournemouth, double the total of any other defender.

And it is Lundstram's defensive team-mates who have been the most popular replacements.

Sheffield United have kept nine clean sheets this season, second only to the 10 of Liverpool.

According to the Fixture Difficulty Ratings (FDR), the Blades' next three matches score only two.

Owners of another cut-price defender, Martin Kelly (£4.3m), are also assessing their options.

He is the fourth most-owned defender in FPL after a run of 11 straight starts for Crystal Palace.

But he dropped to the bench at the weekend as the Eagles' first-choice right-back Joel Ward (£4.3m) returned to action.

Palace also have a tempting run of opponents which Ward could profit from. Their next three home matches score only two in the FDR.

All three offer points potential at both ends of the pitch.

Fernandez has two goals, two assists and four clean sheets over his 16 starts for Newcastle United.

And Masina was on the scoresheet for Watford against the Toffees at the weekend.

He has one goal and two clean sheets in four starts for new head coach Nigel Pearson.

Holly Shand (@FFCommunity_): Despite a looming blank Gameweek, I can't look beyond John Egan (£4.5m) in this price bracket. Sheffield United have the best defence in the league behind Liverpool and excellent fixtures too.

Ash (@FPLHints) As good as it was to have £4.0m defenders starting for most of the season to date, all good things must come to an end. I would look at players who don't have a blank Gameweek 28 and with good upcoming fixtures. Jamaal Lascelles (£4.2m) could be a good long-term cut-price option.

Paul Gee (@FPLPaulGee): If Lascelles can stay away from injury then he is an absolute steal. Japhet Tanganga (£4.0m) was also very impressive on Sunday and if he nails down a starting spot then he could be the bargain defender of the final months.

Sam Bonfield (@FPLFamily) I really like the look of Lascelles. Newcastle have kept two clean sheets in three games with him back in the starting XI after injury. After the Gameweek 26 fixture against Arsenal, which is arguably not as tough as it appears, Lascelles has excellent fixtures until Gameweek 34.

Lee Bonfield (@FPLFamily): With three double-digit hauls in his last eight Gameweeks, have a look at Southampton centre-back Jack Stephens (£4.4m). Ralph Hasenhuttl's early-season tinkering has died down and Stephens seems to have nailed down a spot. Saints now have great fixtures for the next five Gameweeks.

Ben Crabtree (@FC_CrabDogg): Fernandez has been sweeping up the Newcastle clean-sheet bonus points so I'd look at him.

Neal Thurman (@nealjthurman): With Lundstram and Kelly joining Brandon Williams (£4.1m) in rotational no-man's-land, the easy thing to do is pick the next inexpensive Blades defender in line. Egan is still only £4.5m and has a nice stretch of matches coming up.

Ben McNair (@drbenmcnair): Egan looks the best defender priced at £4.5m or under. Although he faces a blank in Gameweek 28, the fixtures are otherwise superb and Sheff Utd are so strong defensively.

Chuck Booth (@ChuckBoothSport): It was fun while it lasted but Lord Lundstram's reign appears to be ending. If you can deal with the blank in Gameweek 28, Egan is a great option given Sheff Utd's defensive record. Another to watch is Tanganga. Spurs are starting keep clean sheets now and, while Tanganga may only be starting until Ben Davies (£5.3m) is back, you can just move him out again.