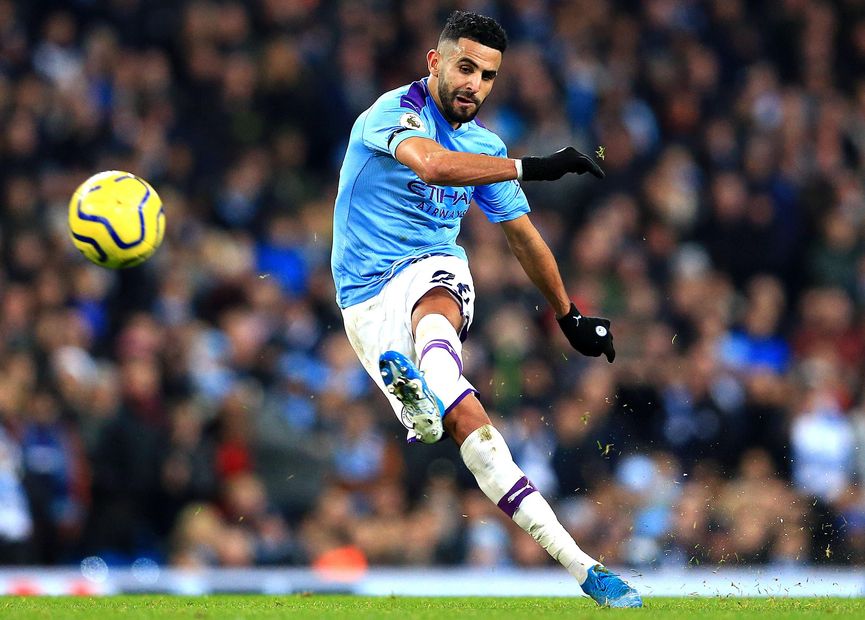 Kevin De Bruyne and Sergio Aguero are both in sublime form ahead of Manchester City's trip to north London, but Tottenham Hotspur will also be extremely wary of Riyad Mahrez.

The Algerian has seven goals and seven assists to his name this season, from just 13 starts.

Cutting inside from the right with more confidence than ever and taking the ball past defenders with ease, the 28-year-old’s end product has improved considerably.

Eclipsing Raheem Sterling, David Silva and Bernardo Silva for direct goal involvements in 2019/20, Mahrez will feel he has earned a place in Guardiola's strongest XI.

Spurs will take heart from the fact that they scored twice themselves in this season's reverse fixture, a 2-2 draw at the Etihad Stadium.

And they can draw further encouragement from the knowledge that City are conceding more than one goal per match on the road this term.

While Guardiola's side have defended from the front effectively at times this season, it has not happened as consistently as in previous seasons and their opponents are playing them with less fear.

Last season, the champions were efficient at both ends of the pitch, keeping an impressive 20 clean sheets to go alongside the 95 goals they scored.

Currently on target to exceed a century for goals scored, Pep Guardiola’s side are still a formidable attacking force. But they have been fragile out of possession.

Weakened by injuries to Aymeric Laporte and Ederson, they have been consistently opened up by counter-attacks and prone to lapses in concentration.

City only conceded the first goal in three Premier League matches last season, but have already gone behind in eight fixtures this term, a third of their matches.

Losing that clean-sheet mentality has cost them points.

Since Vincent Kompany’s departure last summer, Guardiola has been unable to develop a consistent centre-back partnership and has experimented with several options at left-back.

Ilkay Gundogan and Rodri have performed well at times, but neither is as consistently solid in a defensive capacity as the Brazilian.

Remarkably, City have leaked two or more goals in eight matches, double the amount of times this happened in 2018/19.

Spurs claimed a point in the reverse fixture but will need to play better this time to get a result.

At the Etihad City dominated from start to finish, but Spurs scored from two of only three shots they mustered across the 90 minutes.

Producing wave after wave of attacks, City had a remarkable 30 attempts on goal, including 10 on target. Unfortunately their luck was out.

Looking at how brittle City have been when opponents show attacking ambition, especially away from home, it will be in Spurs’ interests to be assertive this weekend.

The share of goalscoring opportunities is likely to be more even this time around.