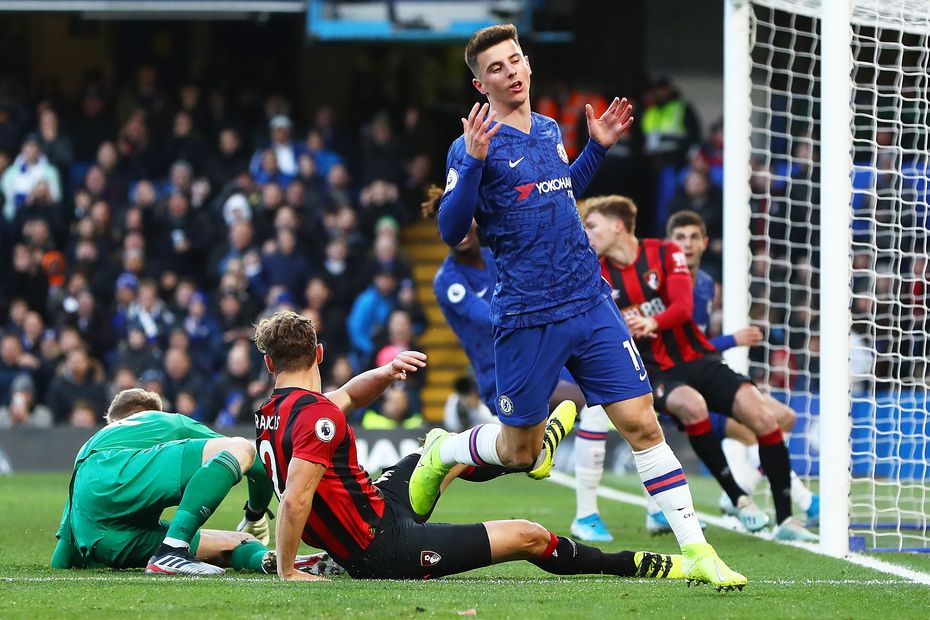 Chelsea are in pole position to claim a top-four finish but they must sharpen up inside the final third if they are to realise that aim.

Ahead of Saturday's visit to third-placed Leicester City there is no doubt Frank Lampard's side look jaded creatively.

Low on quality movement and passing the ball too slowly and predictably, the Blues are producing too many flat performances.

As a consequence, they are scoring far fewer goals than earlier on in the campaign.

Chelsea's opening 12 Premier League matches produced 27 goals but in the subsequent dozen fixtures they have found the net on only 14 occasions.

Wasteful finishing has played a part with their shot conversion dropping from 13.2 per cent to 7.1 per cent across those periods.

However, a dip in quality build-up play is the root cause of their issue.

Leading scorer Tammy Abraham has played a lot of football this term, starting 22 of 24 top-flight contests, and has understandably looked weary in recent weeks.

Two goals in his last nine appearances highlight a dip in form.

Key midfield creators out of sorts

With this in mind, and with Abraham an injury doubt for Saturday, it is vital Chelsea's midfielders provide a goal threat of their own.

Early season stars Mason Mount, Christian Pulisic and Willian are all suffering from a drop in productivity.

The trio have totalled two assists and no goals across the last six matches, compared with 11 goals and six assists in the opening 12 Matchweeks.

Box-to-box midfielders N'Golo Kante and Mateo Kovacic have also been less influential, with neither producing an assist in the last six encounters.

If Chelsea want to stay in the top four and ease the pressure on their centre-forward, it is imperative this collection of talents rediscover a cutting edge.

The task in hand

Chelsea have delivered impressive performances and results on the road this term, most notably at Tottenham Hotspur and Arsenal.

But facing a fired-up Leicester side smarting from an EFL Cup semi-final defeat to Aston Villa will be a tough test.

To claim three points at King Power Stadium they must display improved movement and higher levels of dynamism.

Finding a way to play through the lines with greater incisiveness must be a priority.

This aspect of their play has been poor recently, with too many hopeful deliveries hoisted into the penalty area.

In their last 12 fixtures Chelsea have averaged 21 open-play crosses per match, compared with only 11.5 in the opening dozen encounters.

To regain their early season form and style, Lampard needs greater energy and enterprise from his attacking midfielders.

Part 1: Arsenal must be wary of influential McNeil