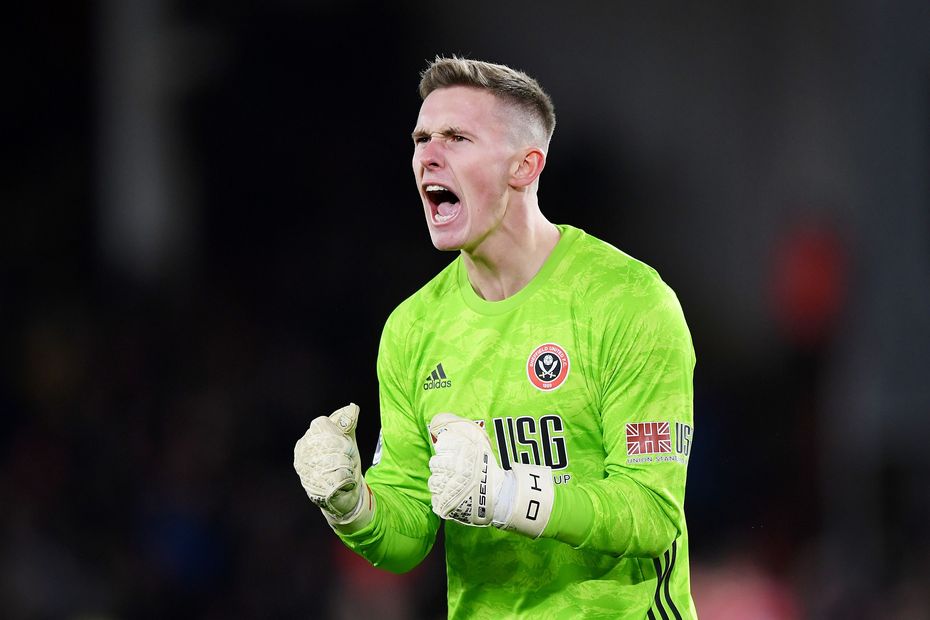 During the past four seasons, the 22-year-old goalkeeper has excelled on loan at every level of English football's professional game.

Indeed, Henderson should now be considered among the best Premier League goalkeepers.

Producing consistent heroics for the Blades, his form has been outstanding.

Henderson may be protected by one of the most-organised defences in the division, but he has still had to make a series of important saves.

A natural shot-stopper, his agility and quick reflexes have frustrated a raft of opponents.

He is equally adept at diving low as he is at acrobatically tipping efforts over, as he showed with his recent one-handed save to deny West Ham United's Manuel Lanzini.

Henderson's other speciality is in 1v1 situations, as Liverpool's Mohamed Salah found out at Bramall Lane this season.

Salah bore down on goal but was thwarted by the 'keeper, who stood upright, as he tends to do in those scenarios.

Determined not to commit himself, he has made several terrific blocks with his legs and body when opponents have been through on goal.

Statistically, his save ratio is among the very best.

Only two goalkeepers boast a better rate in the Premier League this season, and Henderson has made almost twice as many saves as them.

In 23 Premier League appearances, Henderson has conceded just 20 goals, with a paltry eight of those coming at home.

Chris Wilder's side defend outstandingly well as a unit but, even so, the Blades have relied on their goalkeeper to bail them out on occasion.

According to Opta’s Expected Goals (xG) data, Sheff Utd have conceded six fewer goals than they would have without Henderson's heroics.

Only one other goalkeeper boasts a better record for expected goals on target (xGOT), a metric analysing the quality of the chance and the finish.

Henderson is not as dominant as some when dealing with crosses, nor is he a modern "sweeper 'keeper".

His talent is in making saves. Beaten by just one shot from outside the box, he provides a formidable barrier every team crave.

Part 2: Grealish relishing responsibility as Villa's talisman
Part 3: Explosive Traore a force to be recokoned with