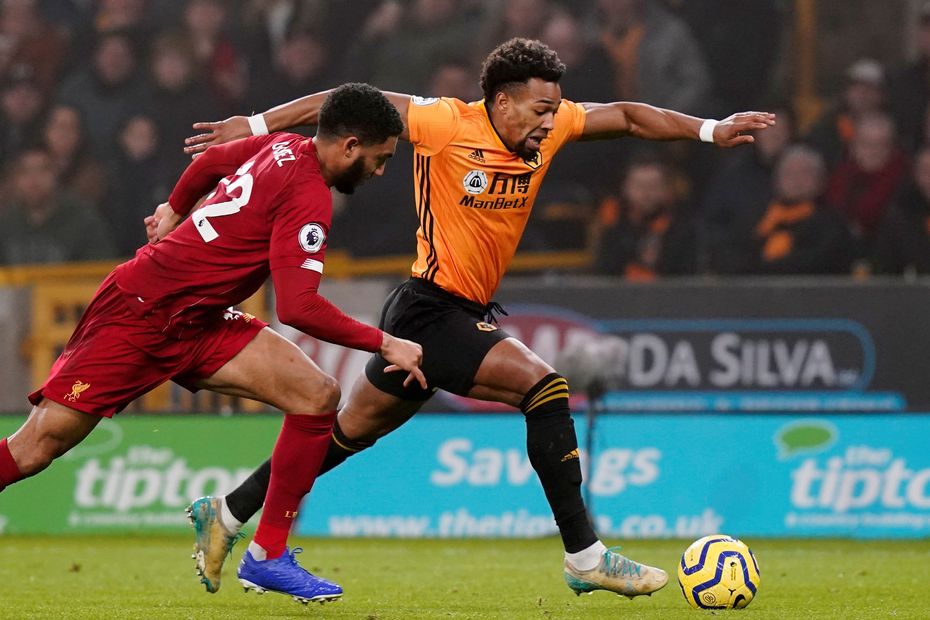 Traore on commitment to the cause External Link
Trickbox: Best skills in Matchweek 23
TAG Heuer Young Player of the Season award launched

Traore has been a near unstoppable force this season, torturing opposing sides with his astonishing pace and power.

Deadly in 1v1 situations, exploding beyond defenders as a matter of course, Wolves' winger is one of the Premier League's most feared attackers.

The stats reflect that too, and Traore is now delivering as much end product as he is excitement.

He has an impressive conversion rate of 26.7 per cent, scoring four goals to go with his seven top-flight assists.

Whether positioned on the right wing or as a central support striker to Raul Jimenez, Traore, who celebrated his 24th birthday on Saturday, is never afraid to take his markers on.

Blessed with amazing acceleration as well as clever footwork, he is a nightmare to defend against.

If a defender gets tight, Traore spins in behind them with a run. When given an inch, he knocks the ball forward and surges past opponents.

Traore has also emerged as the Premier League's best dribbler in 2019/20, as the table below shows.

Powering past people more than anyone else, he breaks the lines quite brilliantly for Nuno Espirito Santo's side.

The former Barcelona, Aston Villa and Middlesbrough starlet has also improved his crossing this term.

Jimenez is the biggest beneficiary of this change and five of his 11 goals in 2019/20 have come from Traore assists.

Producing three times more open-play crosses than any other player at Molineux, Traore is second only to Liverpool's Trent Alexander-Arnold in deliveries made.

Indeed, the Spaniard's success rate is even higher than  Manchester City's Kevin De Bruyne, who is on course to break the single-season assists record.

Gaining the confidence of his head coach has made a tremendous difference to the powerful attacker.

Last season Traore averaged 30.8 minutes per appearance, with the bulk of his match minutes coming from the bench.

By contrast, he has started in 20 of his 23 appearances this term, and averaged 80.5 minutes per match.

He is only the sixth-quickest forward.

A key factor in Traore's emergence as a key player this season has been his intelligent use of the ball and improved movement off it.

Making smarter decisions, slowing down at the right moments and knowing when and where to use his blistering turn of speed are qualities he has in abundance.

Traore now plays with confidence, is pivotal to the team's tactics and has been one of the players of the season so far.