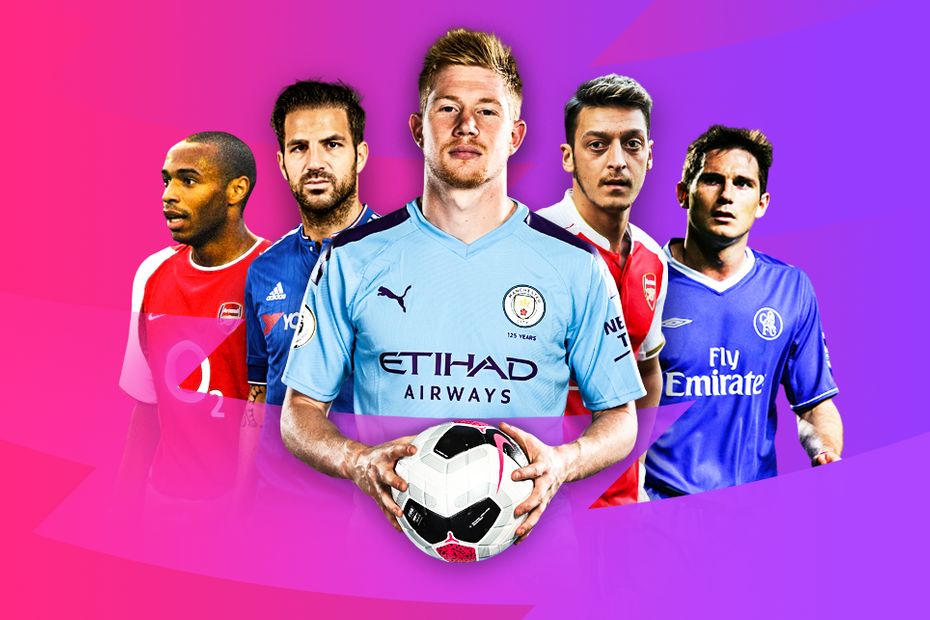 Contenders for December 2019 EA SPORTS Player of the Month

This season's assist king is threatening the Premier League record for most goals set up in a single season.

With 12 to his name, Kevin De Bruyne is four assists clear of Trent Alexander-Arnold in the race for the Playmaker of the Season award, presented by Cadbury.

And it puts him on course to challenge the total achieved by Thierry Henry in 2002/03.

If he maintains his current rate of assisting De Bruyne would end the campaign with 18, two shy of Henry's record.

That is the third-highest total in Premier League history, a mark shared by Frank Lampard, for Chelsea in 2004/05, and Cesc Fabregas, 11 seasons later.

Interestingly, the two Arsenal players got to the their totals in contrasting fashion.

Like De Bruyne, who set up nine goals in his first 10 matches this season, Ozil also started in fine form. He reached 16 assists by the halfway stage, but could provide only three more in the second half.

Half of Henry’s record total, meanwhile, came in the final 10 matches of the campaign.

Having suffered a drop-off in the last 11 Matchweeks, assisting only three times, De Bruyne will aim to close in further on the record when Manchester City return to Premier League action on Sunday 12 January.

The champions face a trip to Aston Villa, against whom he provided an assist in October, and will hope for similar ruthlessness from his team-mates in front of goal as they showed in that 3-0 success.