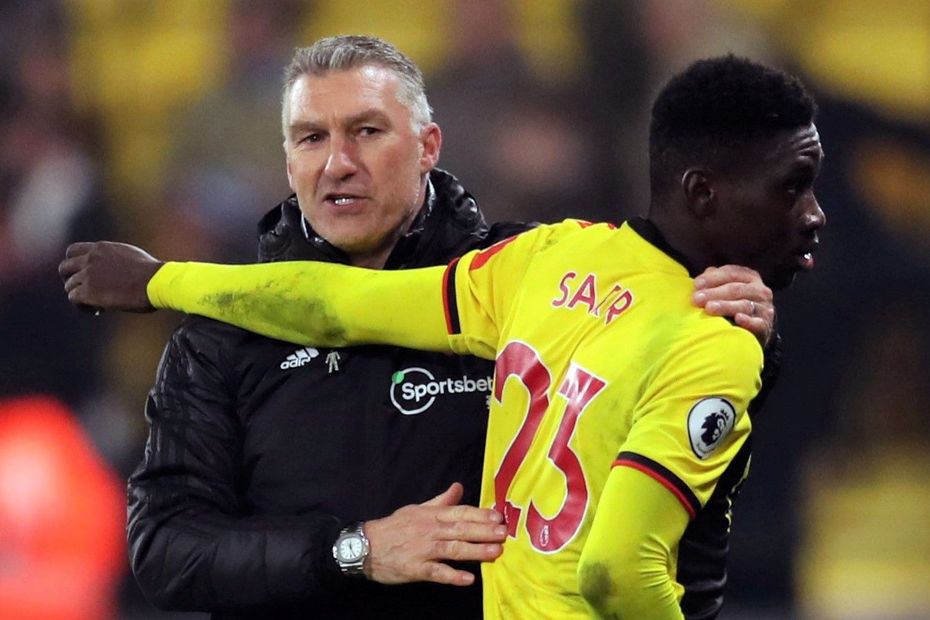 Pearson: “It Was About Showing Desire And Character” External Link
GW21 Lessons: Hammers can be double differentials
Alexander-Arnold: I made myself vice-captain for 24-point haul!

The arrival of Nigel Pearson as head coach has transformed the prospects of Watford’s players in Fantasy Premier League.

The Hornets have thrived in their five matches under Pearson, beating Manchester United, Aston Villa and Wolverhampton Wanderers to move off the foot of the table.

Indeed, their total of eight goals in the last five Gameweeks is second only to the 12 of Manchester City.

Troy Deeney (£6.2m) has scored all three of his goals for the season in this period, excelling as the lone forward in a 4-2-3-1 formation.

And Gerard Deulofeu (£6.1m) has matched Deeney’s total of 23 points with two goals and an assist.

But it is Ismaila Sarr (£6.2m) who has been the top performer.

The winger has two goals, two assists and 28 points since the change of manager.

Pearson has also made an impact on the Watford defence.

They have conceded only four goals, while their two clean sheets have been bettered only by Liverpool's three.

That improvement at the back has lifted Ben Foster (£4.8m) into third place among FPL goalkeepers on 81 points.

Pearson is among a number of new managers whose appointments can force a reassessment of teams’ potential in FPL.

Arsenal’s 2-0 win over Man Utd looks encouraging for their prospects under Mikel Arteta, while West Ham United claimed a 4-0 victory over AFC Bournemouth in their first match under David Moyes.

Dominic Calvert-Lewin (£5.8m) has scored three goals in three Gameweeks for the Italian.

And Richarlison (£8.0m) has provided a goal and an assist in the last two Gameweeks.

The pair have the form to profit from their fixtures and bring in more FPL returns.