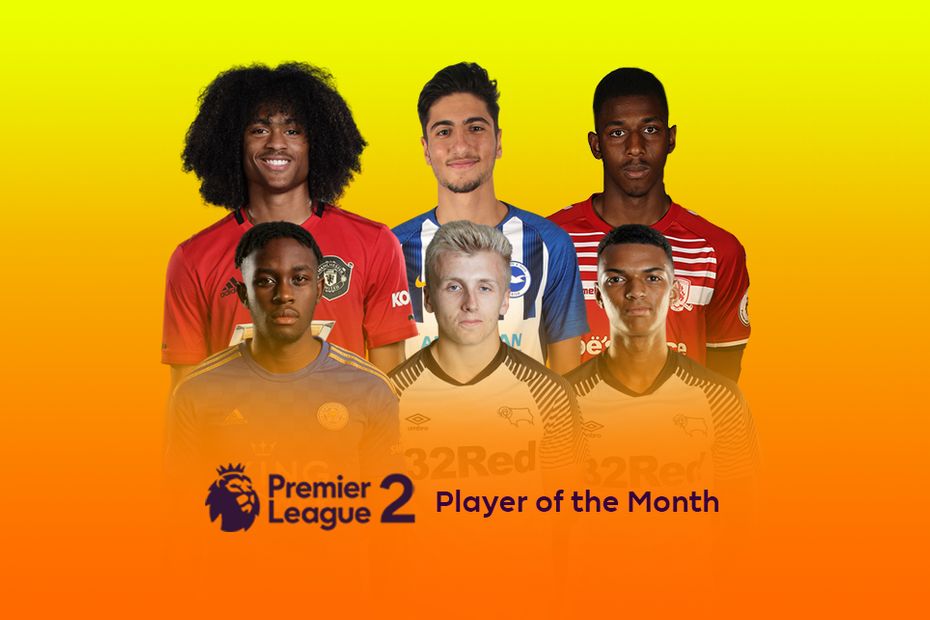 Six players were in contention for the December 2019 Premier League 2 Player of the Month award.

The winner, also decided by the Panel, was announced later in the week.

Dutch winger Chong, 20, scored one and set up two goals as Manchester United won both PL2 matches to end the month a point behind Division 2 leaders West Ham United. He also played in a UEFA Europa League win over AZ Alkmaar and hit a double against Tranmere Rovers in the EFL Trophy.

Swedish midfielder Gwargis scored great goals in both of his PL2 appearances, striking an equaliser at Wolverhampton Wanderers and a winner at Arsenal as Brighton & Hove Albion moved up to fifth place in Division 1. The 19-year-old also played in a Premier League International Cup draw with Valencia and against Newport County in the EFL Trophy.

Jones, a 20-year-old English midfielder, added to an assist against Aston Villa with two goals as Middlesbrough came from behind to win 3-2 at Stoke City and move up to fifth in Division 2. He also scored one and assisted another in a 5-1 Premier League Cup triumph at Crystal Palace.

The Zimbabwean struck four goals in as many December matches. The 21-year-old netted a brace in an EFL Trophy victory against Doncaster Rovers before scoring in a Division 1 win over Everton and a defeat at Blackburn Rovers. Forward Muskwe also helped Leicester City beat Villarreal in the Premier League International Cup.

The 18-year-old was pivotal to Derby County ending 2019 top of Division 1. The English midfielder scored in a 3-3 draw at title-rivals Chelsea before netting a brace as the Rams beat Southampton 4-2. It earned him a Championship debut for the senior team against Reading.

A second Derby nominee whose youth performances helped earn him first-team recognition in December. The 18-year-old produced one goal and two assists in the 4-2 PL2 win over Southampton and made five appearances in the Championship.