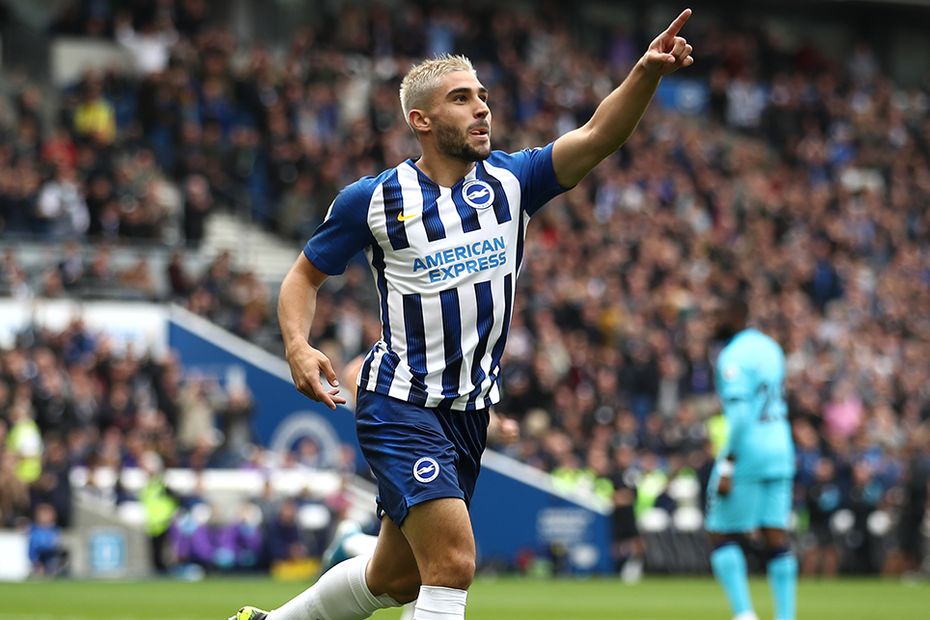 If Brighton & Hove Albion claim victory at Tottenham Hotspur on Boxing Day, they will achieve a first in their Premier League history on one of the most anticipated days in the football calendar.

For more on this and all the must-know facts for Matchweek 19, read below. To see the head-to-head records and key data for the matches, click on the fixtures.

Brighton & Hove Albion are looking to complete their first league double over Tottenham Hotspur, having won the reverse fixture 3-0 at Amex Stadium.

Conor Hourihane has been directly involved in eight goals in his seven league fixtures against Norwich. His five goals and three assists are more than he has managed against any other side in English league football.

Mikel Arteta will take charge of his first match as Arsenal head coach. At 37 years 275 days he will be the youngest person to take charge of the Gunners since Terry Neill in 1976, who was 34y 105d on his debut in the dugout.

Chelsea are unbeaten in their last 14 Premier League Boxing Day matches, the longest such run in the competition's history. Their last Boxing Day loss was a 4-2 defeat against Charlton Athletic in 2003.

Roy Hodgson has taken charge of more Premier League Boxing Day matches without winning than any other current manager in the competition, with five. But all of those contests have finished level, meaning only Jose Mourinho has managed more matches without defeat on that day, with seven.

None of the 11 Premier League meetings between Everton and Burnley have finished level, with Everton winning six to Burnley's five.

Sheffield United are looking for a first Premier League goal on Boxing Day at the fourth attempt. They have lost two and drawn one of their previous matches on this day.

Newcastle United beat Manchester United 1-0 in the reverse fixture in October. They have not done the double over the Red Devils in the top flight since 1930/31.

Only Andrew Cole (11) and Thierry Henry (eight) have scored more Premier League goals against Liverpool than Leicester City's Jamie Vardy, with seven. Vardy has scored in his last three PL home matches against them.

Wolverhampton Wanderers have lost all three of their previous Premier League matches played on a Friday, while Manchester City have lost only one of their eight fixtures on that day.