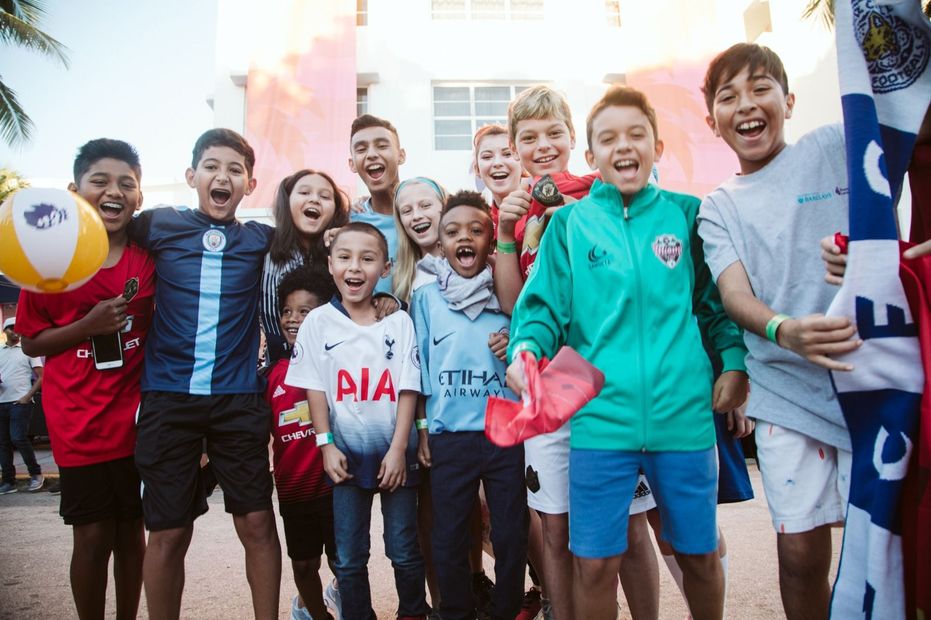 The latest edition of the Premier League and NBC Sports fan-fest, Premier League Mornings Live, came to Miami this weekend, with more than 9,000 fans packing into the city’s historic Clevelander South Beach Hotel throughout two days to share their passion for Premier League football.

Sunday's action started in the early hours of the morning on South Beach, with spectacular views all round.

The day kicked off with the Manchester United v Everton, which merited a special illustration by Miami-based artist Cristy Martinez, and Wolverhampton Wanderers v Tottenham Hotspur at 9.00 A.M local time.

It's a 🔴 vs 🔵 showdown worthy of a design by Miami's own @Hincha_FC.#MUNEVE pic.twitter.com/es9M72HZ3c

For Everton fans it was an extra-special day, seeing their side claim a draw at Old Trafford.

It’s a wrap! Miami, you did us proud!

Man Utd teenager Mason Greenwood scored the equalizer, much to the delight of the Red Devils' fans in Miami.

What that goal meant to ⁦@ManUtd⁩ fans here in South Beach! 🙌 pic.twitter.com/G8pABZS8yF

One Wolves supporter wore a replica of the mask of Sin Cara, a Mexican professional wrestler and fan of compatriot Raul Jimenez, who was in action for Nuno Espirito Santo's side at Molineux on Sunday.

There was time for a trivia teaser for the NBC Sports pundits, who were tested on their knowledge on the Americans to have graced the Premier League.

44 Americans have played in the PL 🇺🇸

How many can the @NBCSportsSoccer crew name in 15 seconds though? pic.twitter.com/33PrVfpbGp

The late match, kicking off 11.30 A.M local time, was Arsenal v Manchester City. The defending champions raced into a 3-0 half-time lead, with one very famous supporter in Oasis frontman Noel Gallagher leaving a special message for the fans on Miami Beach.

Hey everyone at #MyPLMorning Live in Miami, we’ve got a special halftime message for you ☺️

The scoreline stayed 3-0, giving the US Citizens a day of celebration in the east-coast sunshine.

With PL Mornings Live wrapped up for the weekend, NBC Sports pundits Robbie Earle, Robbie Mustoe and Kyle Martino made a splash as they signed off in fitting style on Miami Beach.

Fun fact: This is how they get back to the @NBCSportsSoccer studios. pic.twitter.com/egQnorpt7k