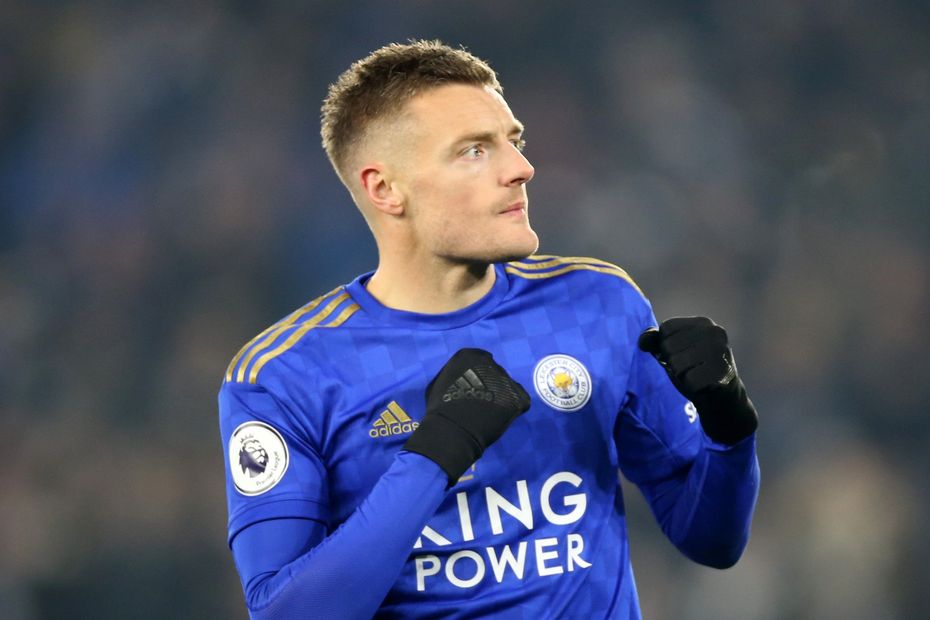 Leicester forward expected to remain top captain pick but there are plenty of in-form alternatives, says The Scout

GW16 Ones to watch: Richarlison can trouble Chelsea
GW16 Differentials: Trezeguet can extend goal streak
Show your support for Rainbow Laces in FPL

Aiming to extend a seven-match scoring streak, Jamie Vardy (£9.9m) is likely to maintain his status as the most-selected captain in Fantasy Premier League.

Over two million managers handed the Leicester City striker the armband against Watford in Gameweek 15.

And a converted penalty at home against the Hornets took his total to nine goals, three assists and 69 points in the Foxes' last seven fixtures.

Vardy's lack of action in internationals and UEFA European competition also lessens his chances of being rotated as Brendan Rodgers' men play their third match in eight days when they visit Aston Villa.

Sadio Mane and Mohamed Salah (both £12.2m) will also be among the key armband options for Liverpool's trip to AFC Bournemouth.

Mane's 15-point haul against Everton was his fifth double-figure return of 2019/20.

Salah was rested in midweek and has an excellent record against the Cherries. He has six goals in their four meetings, including a hat-trick in the corresponding fixture last season.

Alli and Son have provided 29 and 25 points respectively in their three Gameweek appearances under new head coach Jose Mourinho.

And Kane has scored three goals in four matches in all competitions since the Portuguese took charge.

Red-hot on the road

Tammy Abraham (£7.9m) travels to Everton on the back of a 12-point haul against Aston Villa on Wednesday evening.

The Chelsea forward has scored seven goals away from home, more than any other player in FPL.

Manchester City's Jesus scored twice to earn 13 points against Burnley in midweek. He has a home match against a Manchester United defence that has conceded in 10 successive Gameweeks.

Aubameyang will hope to repeat his last away performance as Arsenal visit West Ham United. The Gabon international scored both his side's goals at Norwich City to claim 13 points in Gameweek 14.

Holly Shand (@FFCommunity_): I'm torn between Mane and Vardy again. I believe Mane is the better option, but Vardy is guaranteed the game time and has that consecutive scoring record in his sights again, so I'll probably play safe.

Lee Bonfield (@FPLFamily): It's a very difficult week for the captaincy choice. Vardy’s in the mix, as is Mane after that scintillating performance in the Merseyside derby. And Everton look really short of form right now, so if Abraham is fit he's also in my thoughts. As it stands, it's Mane for me.

Ben Crabtree (@FC_CrabDogg): If I still own Kane then I'll risk him with the armband. But if I buy Son then he will get it.

Mark McGettigan (@FPLGeneral): It's a shootout between Vardy and Mane again for me. I rate the Aston Villa defence more than the AFC Bournemouth backline, which might swing it in Mane's favour.

Neal Thurman (@nealjthurman): Can you pick anyone other than Vardy given his current form? I can't.