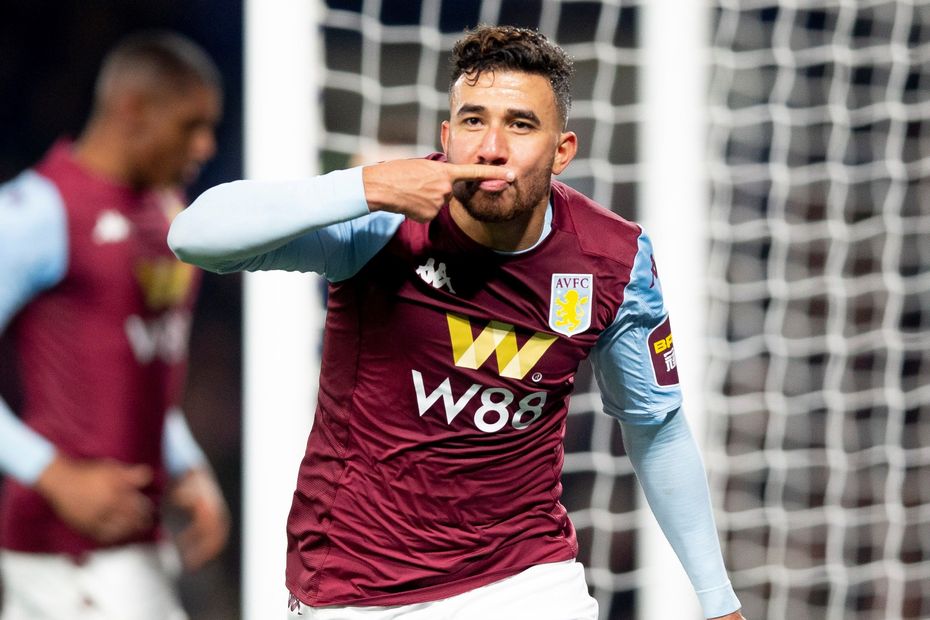 Aston Villa midfielder among The Scout’s four Differentials for Gameweek 16 ahead of Saturday’s 11:30 GMT deadline

One on One: Trezeguet on World Cup pride, countryman Elmo and the Villa faithful External Link
GW16 Ones to watch: Richarlison can trouble Chelsea
FPL managers must be ready for fixture flurry

With three goals in his last four Fantasy Premier League appearances, Trezeguet (£5.2m) is in strong form ahead of Gameweek 16.

The Aston Villa midfielder's midweek strike at Chelsea took his tally to 25 points in that period, after he also found the net against Liverpool and Wolverhampton Wanderers in Gameweeks 11 and 12.

But he sits in just 1.5 per cent of squads for his home encounter with Leicester City.

He is among The Scout’s four Differentials for Gameweek 16 ahead of Saturday’s 11:30 GMT deadline.

Aston Villa boast strong home form ahead of their match against Leicester.

Dean Smith’s men have scored twice in four of their last five fixtures in all competitions at Villa Park.

The underlying statistics show Trezeguet has been a key influence.

Over his last four matches, no team-mate has bettered his nine shots or eight shots inside the penalty box.

That raises his appeal as a cut-price midfield option for Sunday afternoon’s encounter.

Having featured as a late substitute against Burnley in midweek, the Algerian could be set to start at home against Manchester United.

Mahrez’s strike at Turf Moor took his tally to four goals and two assists in his last six Gameweek appearances.

Indeed, his average of 5.8 points per match (ppm) is second only to the 6.9ppm of Kevin De Bruyne (£10.3m) among Manchester City midfielders.

The winger can profit against a Red Devils defence that is without a clean sheet in 10 attempts.

The Norwich City winger has a goal and an assist in the last six Gameweeks since returning from injury.

Hernandez has been a key figure for the Canaries in that period.

His 10 shots and eight shots in the box have been bettered only by the totals of Teemu Pukki (£6.6m), who has 14 and nine respectively.

And his eight chances created have been a team-leading total, level with Kenny McLean (£4.9m).

The Watford winger has made two of his three starts for the season in the last two Gameweeks.

Sarr has been the Hornets' most impressive attacker in those matches, scoring against Southampton last weekend.

Furthermore, his four shots and three shots on target have both been more than any team-mate.

He can get more points at home against a Crystal Palace defence that has been hit hard by injuries and suspension for their visit to Vicarage Road.

Remember to select your Gameweek 16 team before the deadline of 11:30 GMT on Saturday 7 December.