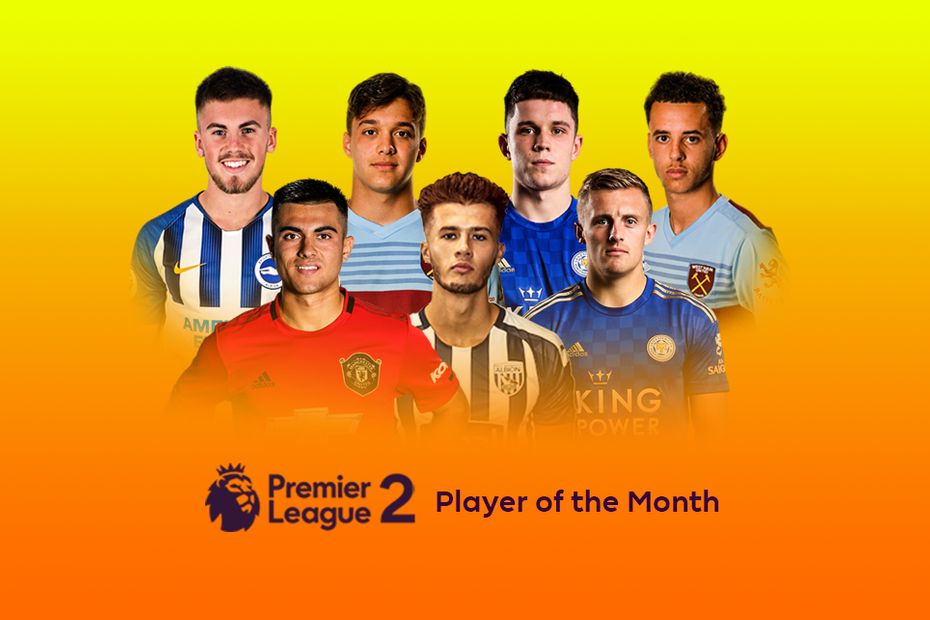 Seven players are in contention for November's Premier League 2 Player of the Month award.

The 18-year-old forward was a key figure as Brighton & Hove Albion scored seven goals in two Division 1 matches in November, finding the net once in a 4-1 win at Southampton before getting a goal and an assist in the 5-3 defeat by Liverpool. He was also on the scoresheet in the Seagulls' EFL Trophy draw at Leyton Orient.

West Ham United picked up back-to-back Division 2 victories in November to take their winning streak in the league to seven. The 19-year-old Brazilian provided an assist and earned a clean sheet in the leaders' defence in the 4-0 success against Aston Villa, and also played 90 minutes in the 4-2 win at Swansea City.

The 20-year-old forward scored twice in November as Leicester City recorded consecutive wins to move up to fourth place in Division 1. His goals came in a 2-0 win at Manchester City and a 4-1 triumph against Derby County. He also scored in the 2-1 EFL Trophy victory at Sunderland.

Holland was integral to West Ham's six-match winning run in Division 2. The 21-year-old winger scored three goals and provided two assists during the month to put the Hammers three points clear at the top of the table.

Manchester United won both Division 2 matches in November to keep the pressure on West Ham, with Martinez providing two goals and an assist. The 18-year-old Spaniard set up the final goal in a 3-0 success over Sunderland before scoring twice in a 4-1 win at Middlesbrough.

Soule found the net in each of his two PL2 appearances last month, as West Bromwich Albion moved up to third in Division 2. The 19-year-old forward struck once apiece in victories over Stoke City and Middlesbrough.

Thomas, 22, joins team-mate Hirst on the shortlist after also scoring in both of the Foxes' Division 1 wins in November. The attacking midfielder netted the opener at Man City before providing a goal and an assist versus Derby.